The History of Herve Leger

Though Herve Leger is famous in the fashion world, very few know about the brand's history. Herve Leger bandage dresses have only been in production from 1989-1997 and from 2008-present.

"I like to make women look beautiful, who want to please and be noticed."

"Designing clothes is not really a mystery, as long as you keep one important thing in mind - the body."

These are some of my favorite quotes from Herve Peugnet, the creator of Herve Leger bodycon dresses. They explain exactly why so many women love these form-fitting dresses.

Herve Peugnet has an extremely impressive fashion resume. At the early age of 23, fashion god, Karl Lagerfeld recognized his talent and took him under his training. During his career, he has contributed to the designs of Chanel, Lanvin, Fendi, Diane von Furstenburg, Chloe and Swarovski.

At age 28, he begins working for himself, creating the Herve Leger line. 4 years later, bandage dresses were born! They were inspired by his experience in designing bathing suits and some throwaway seam bindings. The first bandage dress was also the finale look of Herve Leger's 1989 runway show. The bandage dress, originally called "bender dress" became an instant sensation. They were called "bender," because they molded the body into the perfect female form.

Let's take a moment and admire the beauty of vintage Herve Leger dresses: 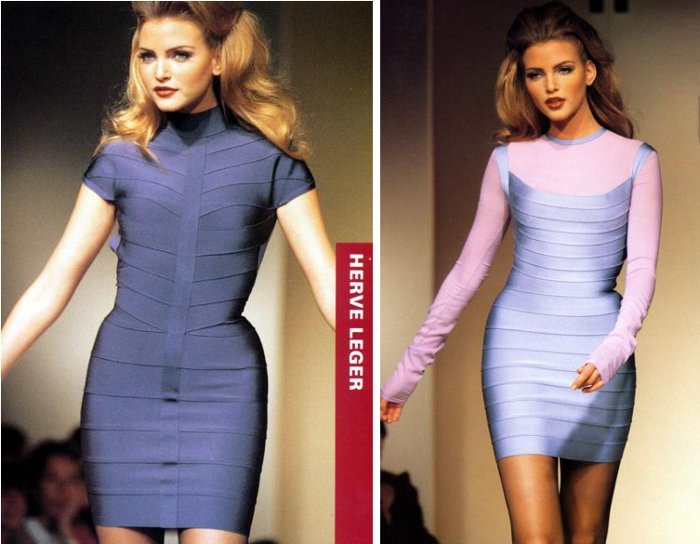 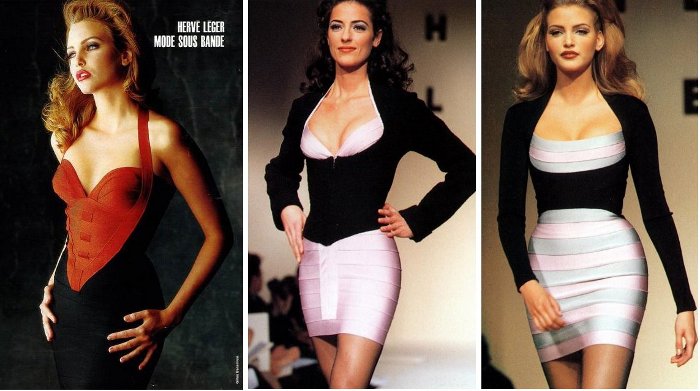 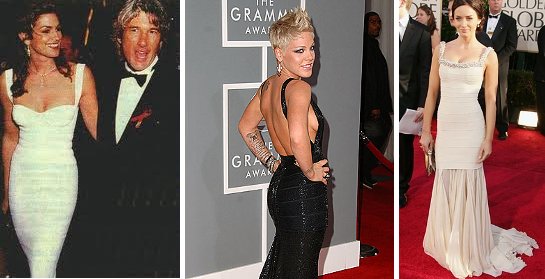 You can find Megan Fox's dress here. Please note that the dress as seen on Megan Fox is HIGHLY counterfeited. Should you see this sold on eBay or other peer to peer marketplaces, you should know that it is almost always fake.

These vintage dresses are completely timeless. Hot then, and still HOT now!

Before Herve Leger was acquired by BCBG, Herve Peugnet designed some very exclusive dresses. These were tagged Herve Leger couture. A mannequin would be created based on the exact measurements of his client. Then, keeping the client's best features in mind, a truly special dress would be meticulously made.

Because Herve Peugnet was not the majority holder of Herve Leger, the company was sold to BCBG is 1998. Shortly thereafter, BCBG halts production on bender dresses and fires Herve Peugnet. Bender dresses, now bandage dresses were relaunched in 2008 under BCBG Max Azria Herve Leger. Many today do not realize that Herve Leger dresses were around much earlier than 2008. Herve Peugnet still designs absolutely beautiful clothing. They are now designed under Herve Leroux, a name that was suggested by his dear friend Karl Lagerfeld. *They are VERY expensive!* For some examples, check out these here, and here.

Thanks for reading! And, a special thank you to mariloupop, who requested this article! We hope that you enjoyed learning a little bit about Herve Leger's history. If there's a topic that you'd love the Lollipuff blog to cover, leave us a comment or shoot us an email. :)

Why Herve Leger is Special

What I Wanted (then got) For Christmas… Herve Leger Ari