In February, the prices of many Louis Vuitton bags started going up. It appears that the price increases have finally settled. Most prices only went up slightly, lower than inflation, but others rose over 14%. Here are some of the new prices. 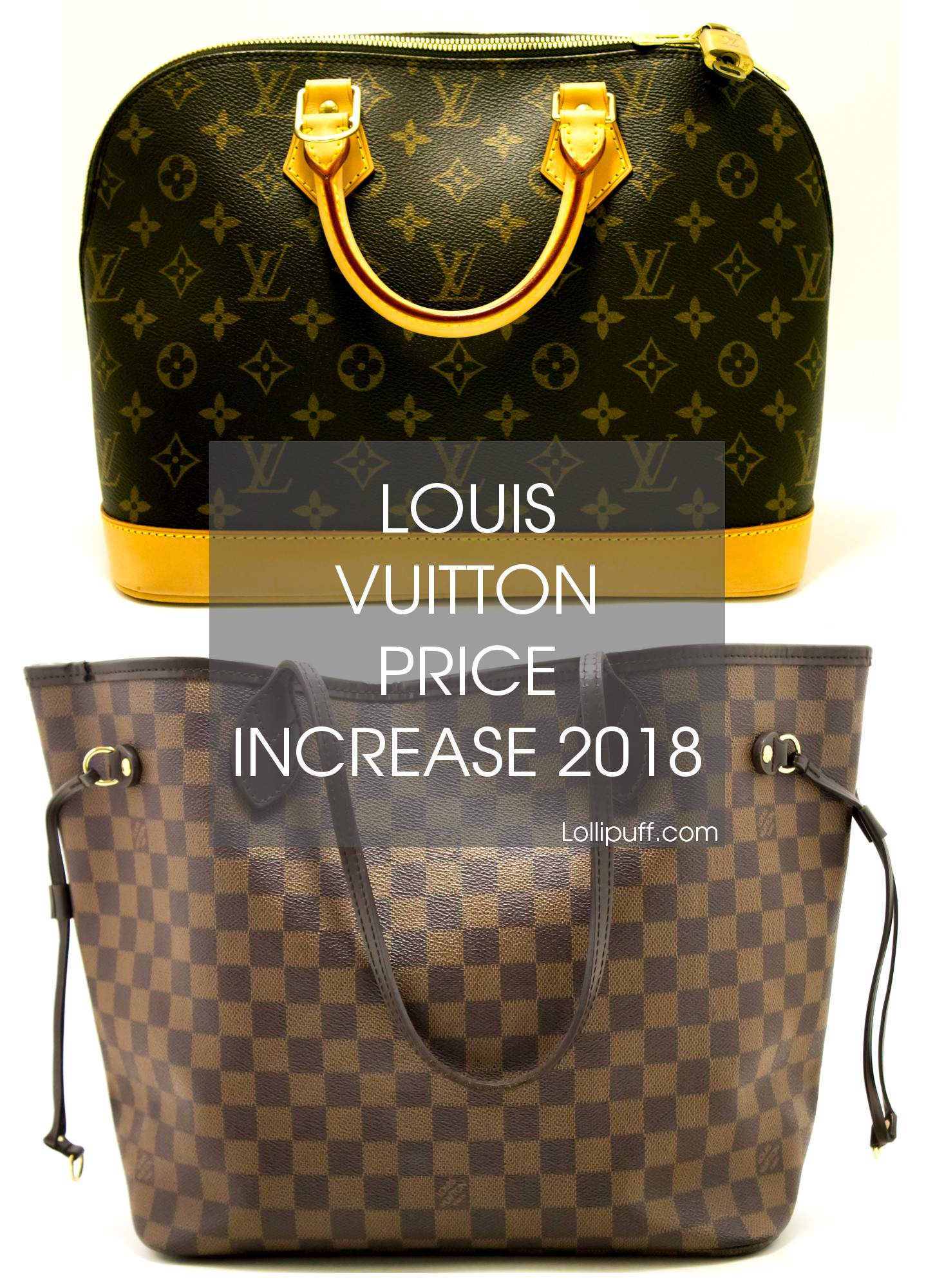 For simplicity, the prices below reflect the following bags in canvas: monogram, damier ebene, and damier azur.

Louis Vuitton has gotten even more popular in the last year. Not only have resale prices gone up significantly (more so than any other brand), but many classic Louis Vuitton bags are rapidly being sold out and becoming unavailable in stores.

Louis Vuitton has always been popular since its founding in 1854. It continues to be the most purchased designer brand in the world, and is easily considered one of the three most desirable handbag brands among Chanel and Hermes.

We suspect that Louis Vuitton prices will inevitably continue to rise. It's never too late to invest in a timeless Louis Vuitton bag. Check Lollipuff for some of the best prices on authentic Louis Vuitton.

Recent Comments
How to Remove Stains from Chanel Caviar...If it is a harder caviar, perhaps. Please proceed at your own risk. Thank...
How to Remove Stains from Chanel Caviar...Please advise if this works on this Chanel caviar bag attached (1 image)
Vintage Herve LegerYes, Lollipuff is familiar with vintage pieces.
Vintage Herve LegerAre you familiar with what the original tag looks like? I have a dress that has the name, but no border. I know dresses...
How To Eliminate Odors From Bagsi inherited a LV vintage garment bag which has such a strong smoke odor that i cannot have it in the house. Both the...
Ending Soon