Want to see something completely crazy? Recently, we were in Thailand getting a closer look at the counterfeit market in Asia. Get ready to see A LOT of fake bags, shoes, cosmetics and more! 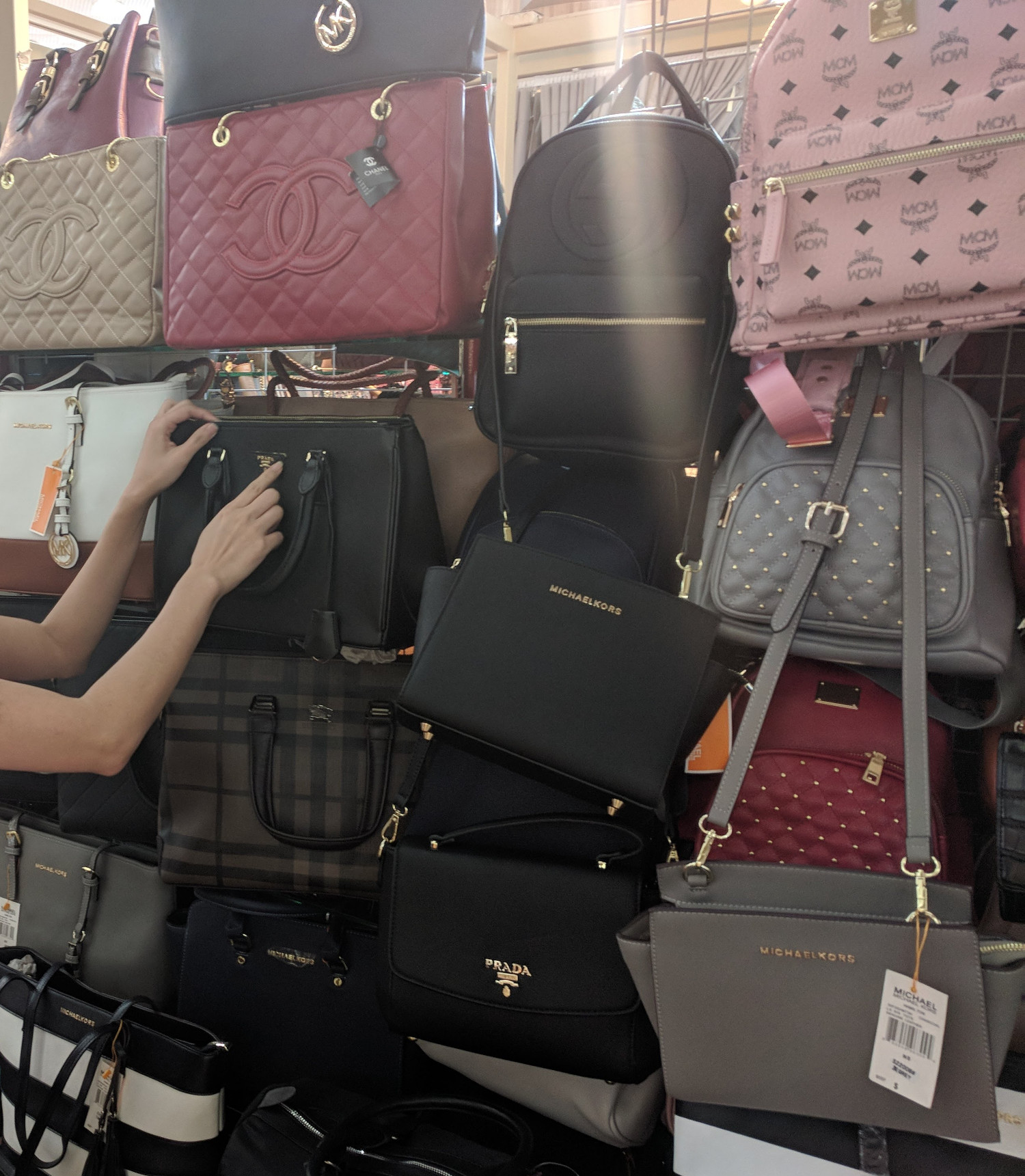 A good authenticator doesn't only know the nuances and details of authentic designer items, but they are also aware of the common errors of many fakes. Here, I'm examining the shoddy logo of a replica Prada saffiano tote. 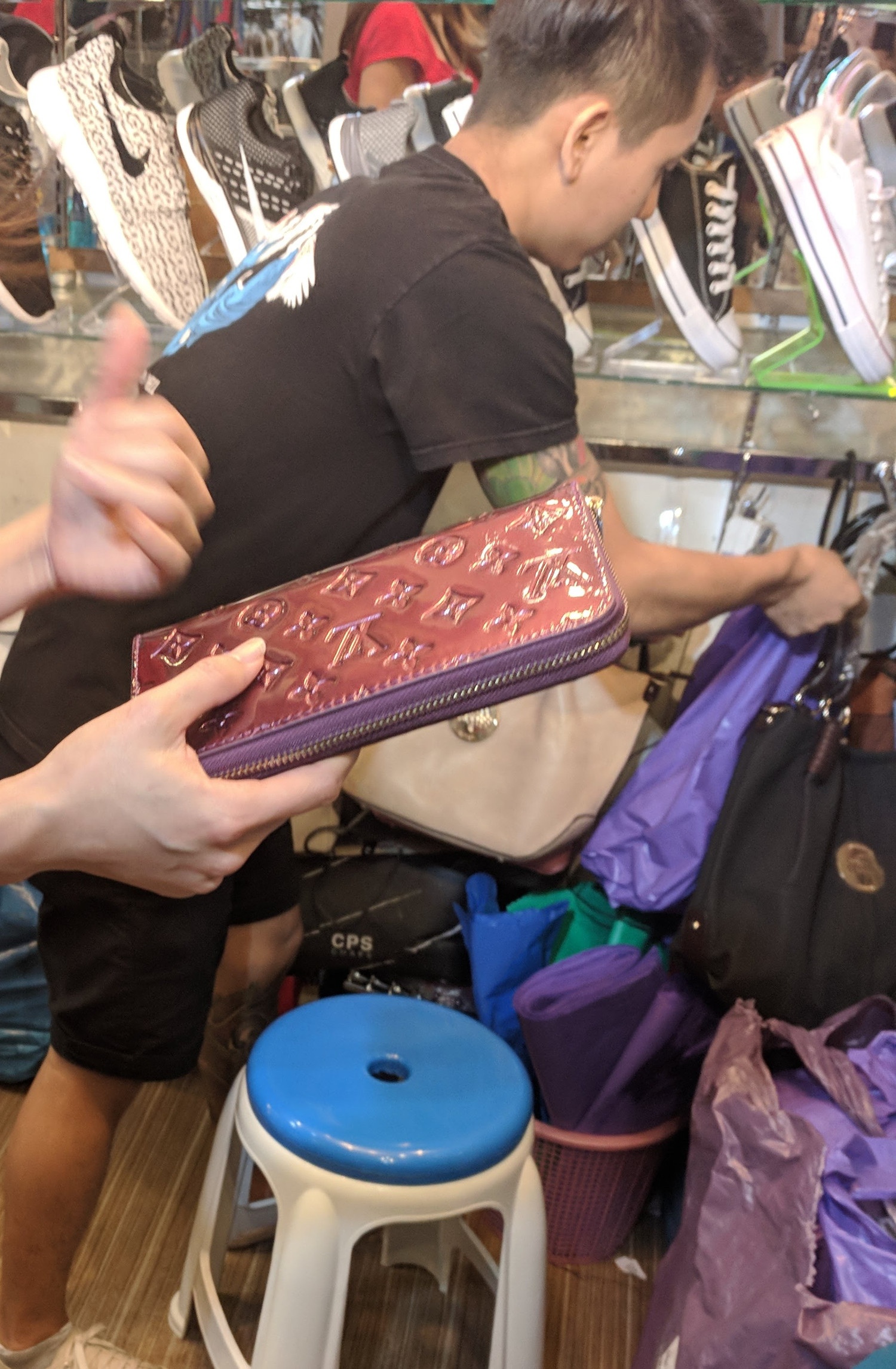 Honestly, none of these fakes shock me. While these fakes were better than the ones that one bumps into on a random US big city alleyway, they were all very obvious fakes in my book. However, it was interesting to handle and inspect so many fakes in one day. 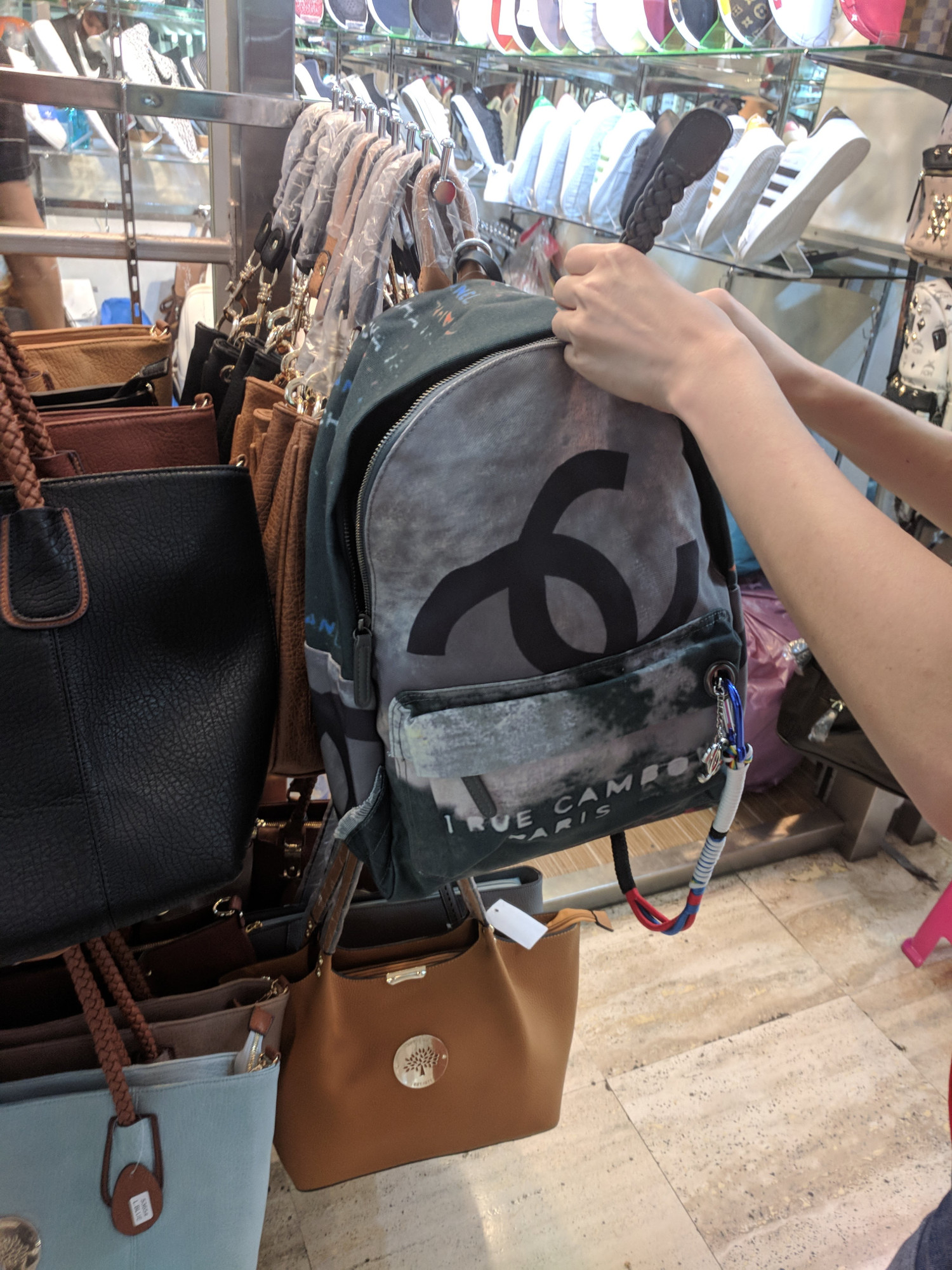 Designers that were the most commonly faked included: Chanel, Prada, Gucci, Bao Bao Issey Miyake, and Michael Kors. But, it was crazy... even fake Nike and Adidas shirts were being sold. 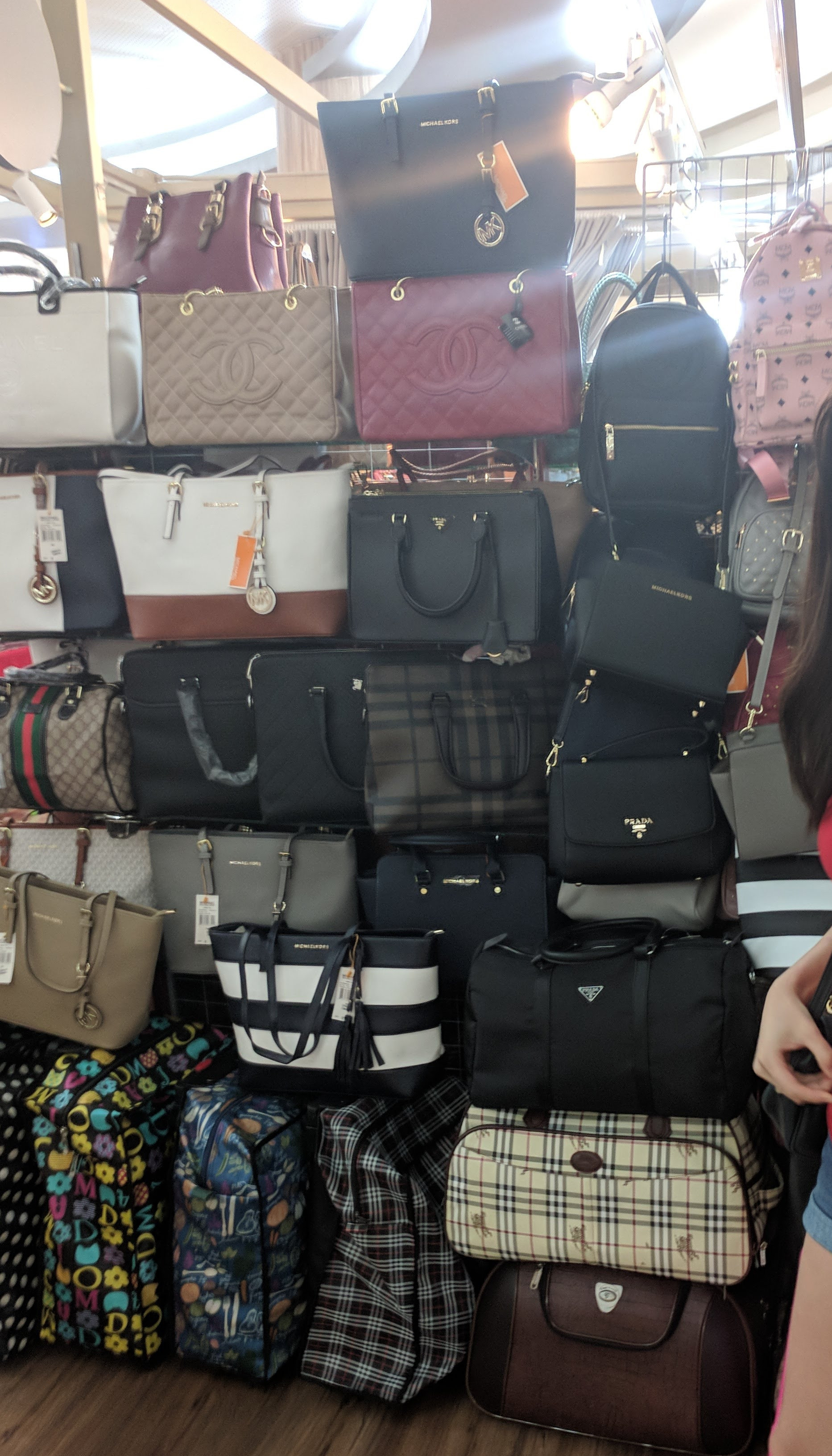 Curious to know how much these fakes cost? 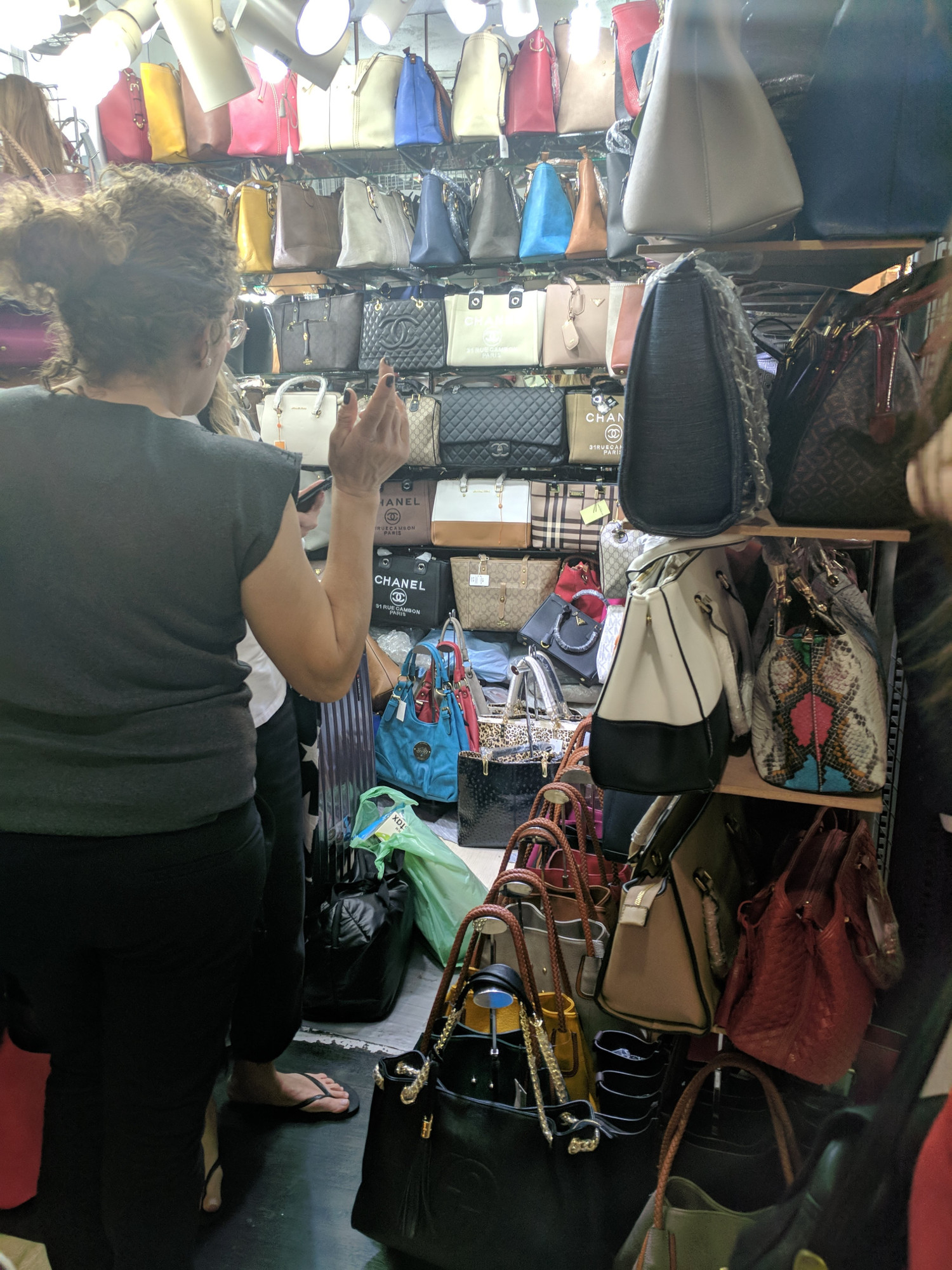 There was no way I was ever going to buy a fake. But, I gotta ask the pricing question for the sake of everyone's curiosity! 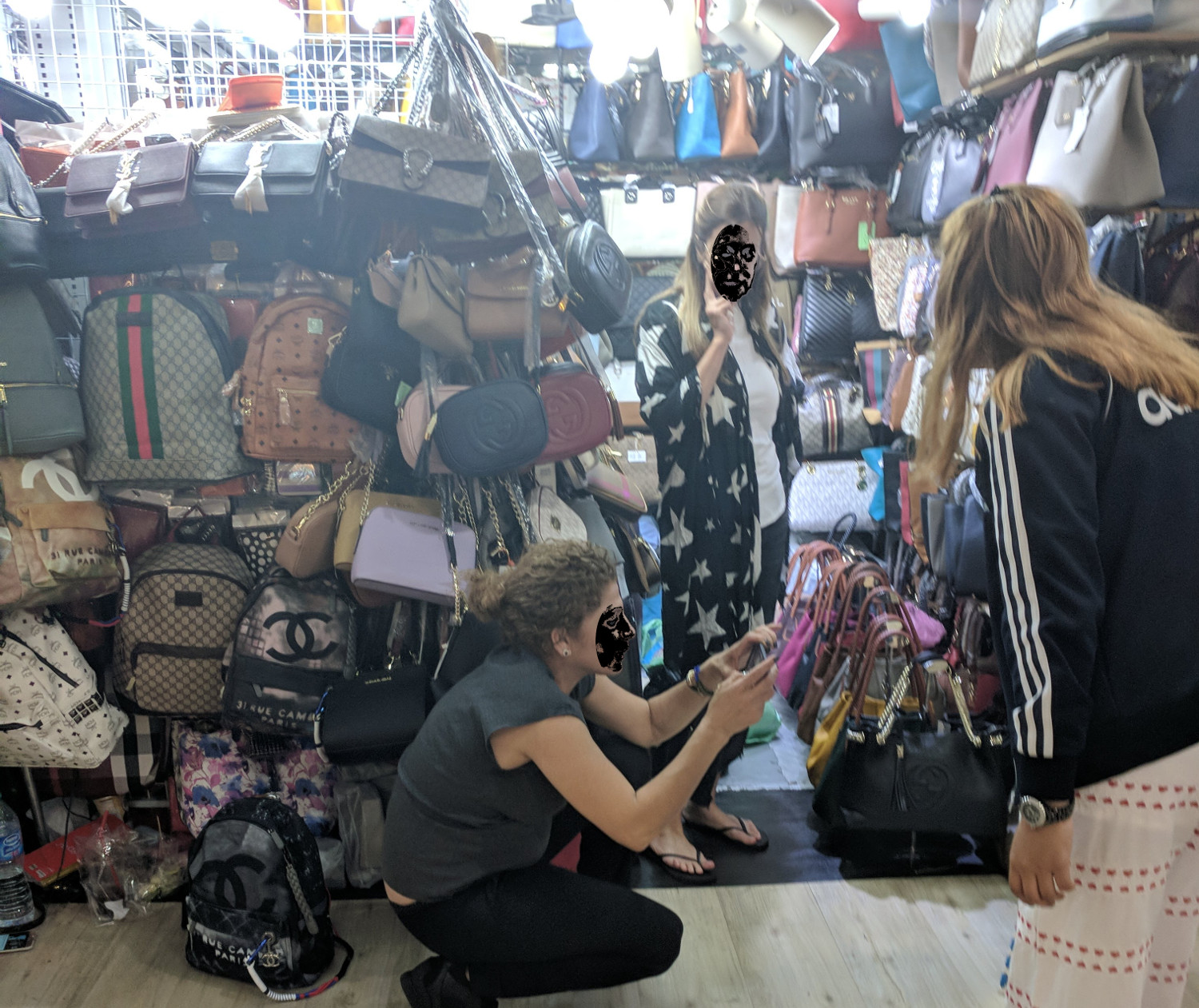 I asked the sales merchant what the price was for a classic black caviar Chanel medium double flap. She told me 2,500 Baht which is approximately $80 USD. It didn't really matter what the price was, I was going to walk away. As I was walking away, she kept offering lower and lower prices. Final lowest price? 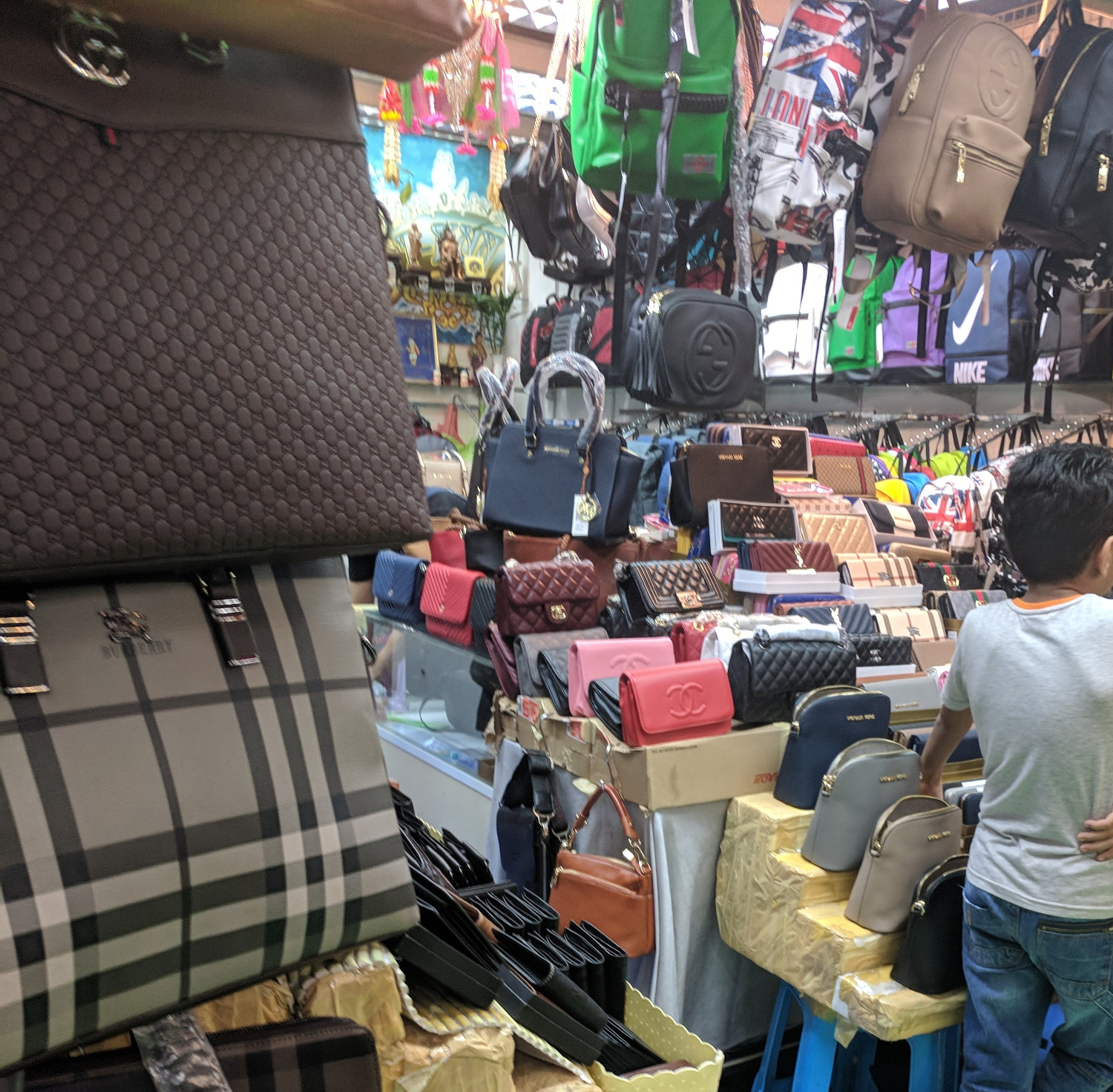 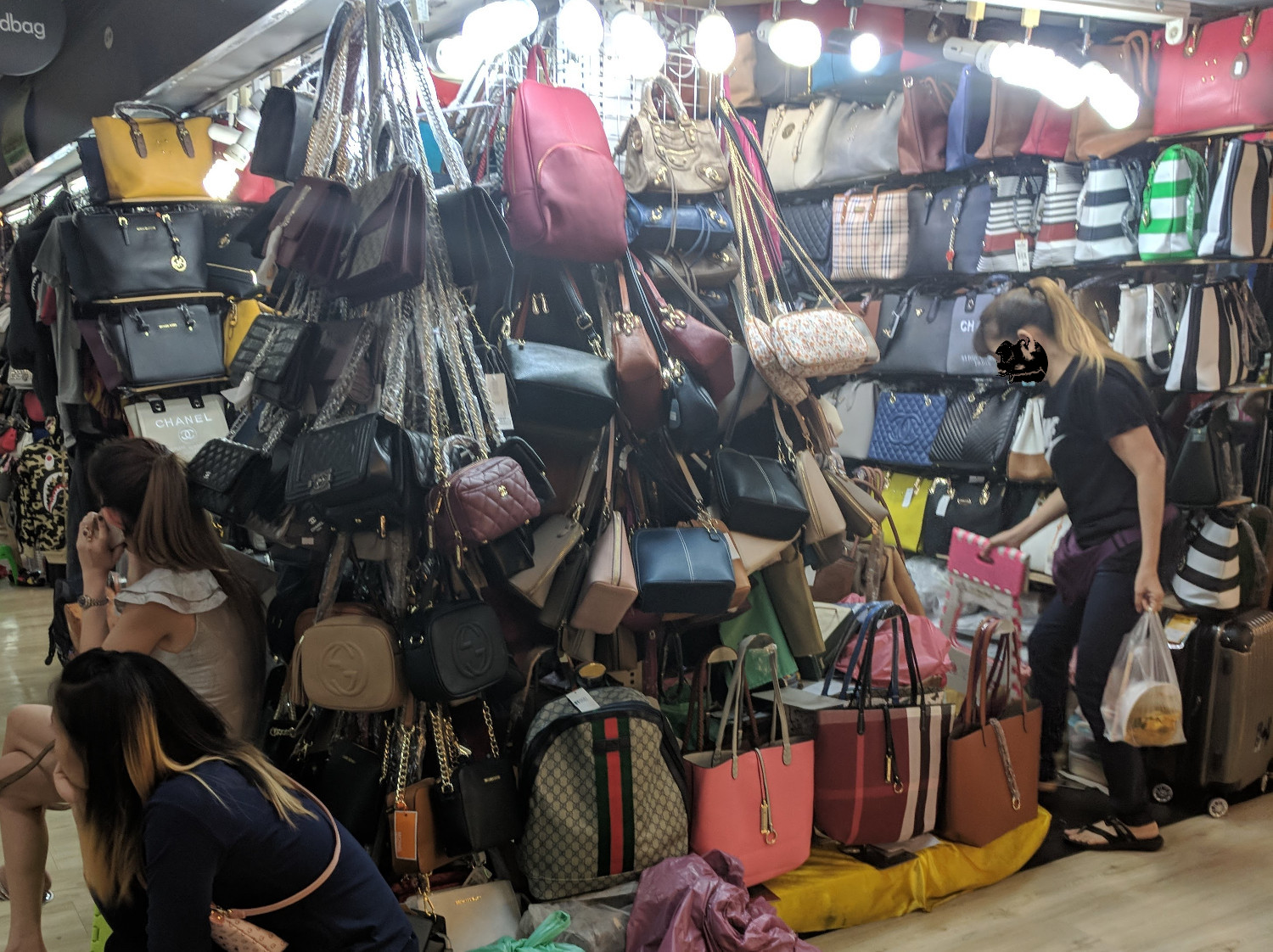 The story gets more interesting. In one of the stalls, there are a handful of non-Thai foreigners, all male, bartering over a large sum of counterfeit handbags. Considering the prices that I've seen these bags sell for online, there's a good chance that these guys were con-artists. When an unsuspecting consumer is sold a fake replica for hundreds, if not thousands, of dollars, there is a CLEAR victim and predator. 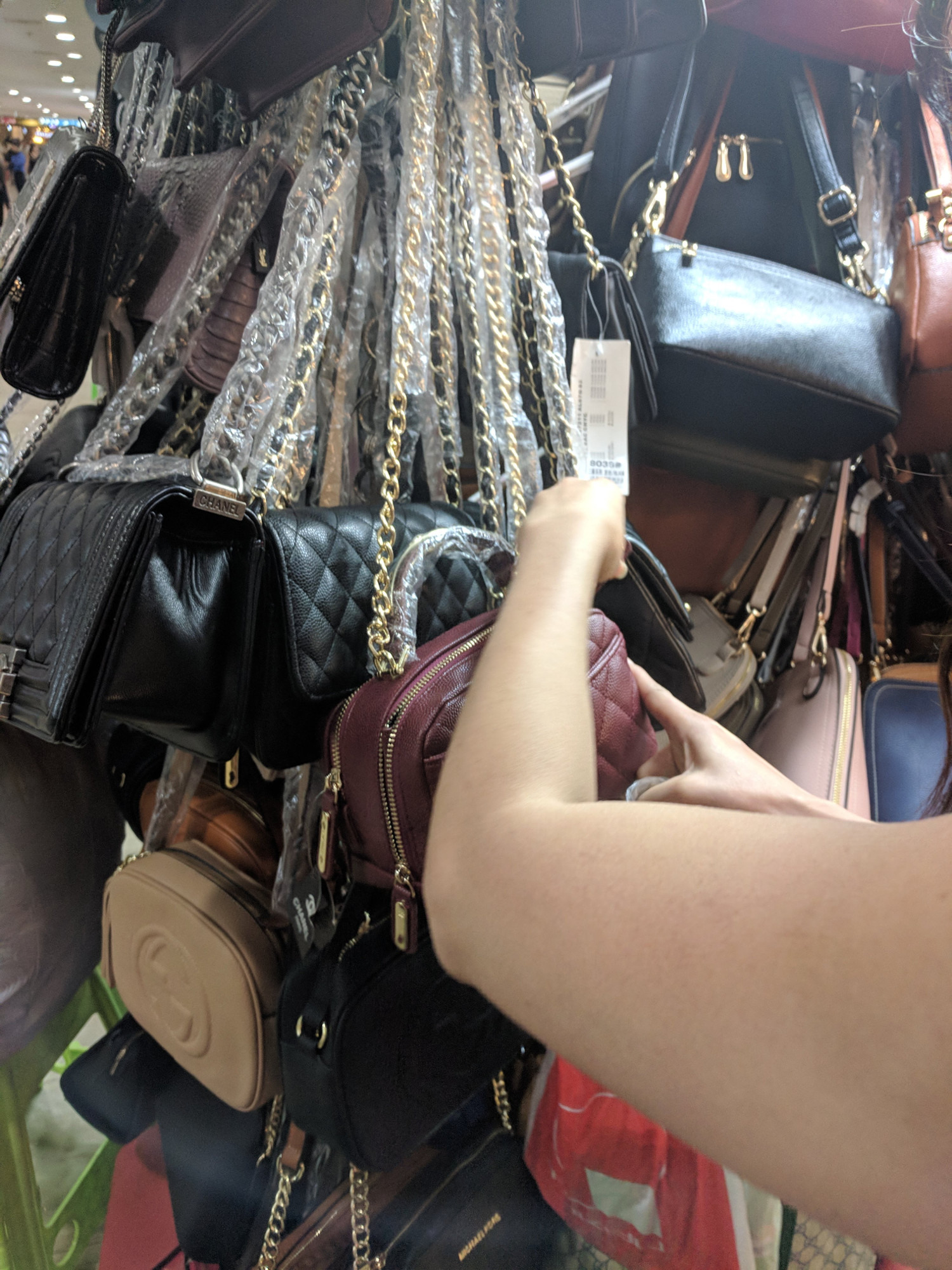 I HATE, ABHOR these types of people. Even now, when a fake gets rejected for listing on Lollipuff, we keep notes of the account, and my hair stands on end like a furiously irritated cat. 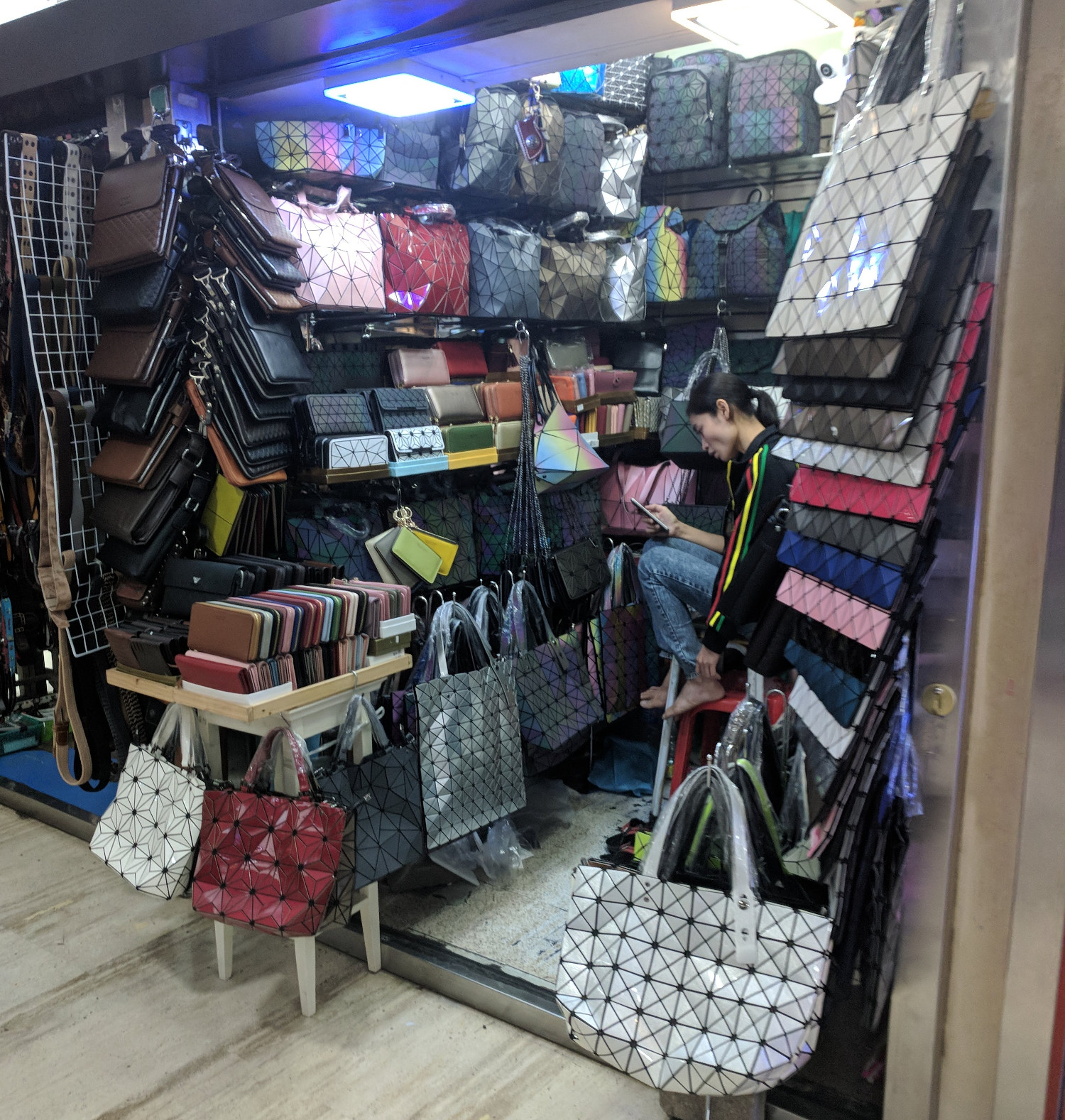 For most of us, especially those of us who live in an affluent country like the United States, there are many ethical ways of making a living... AND very comfortably too! 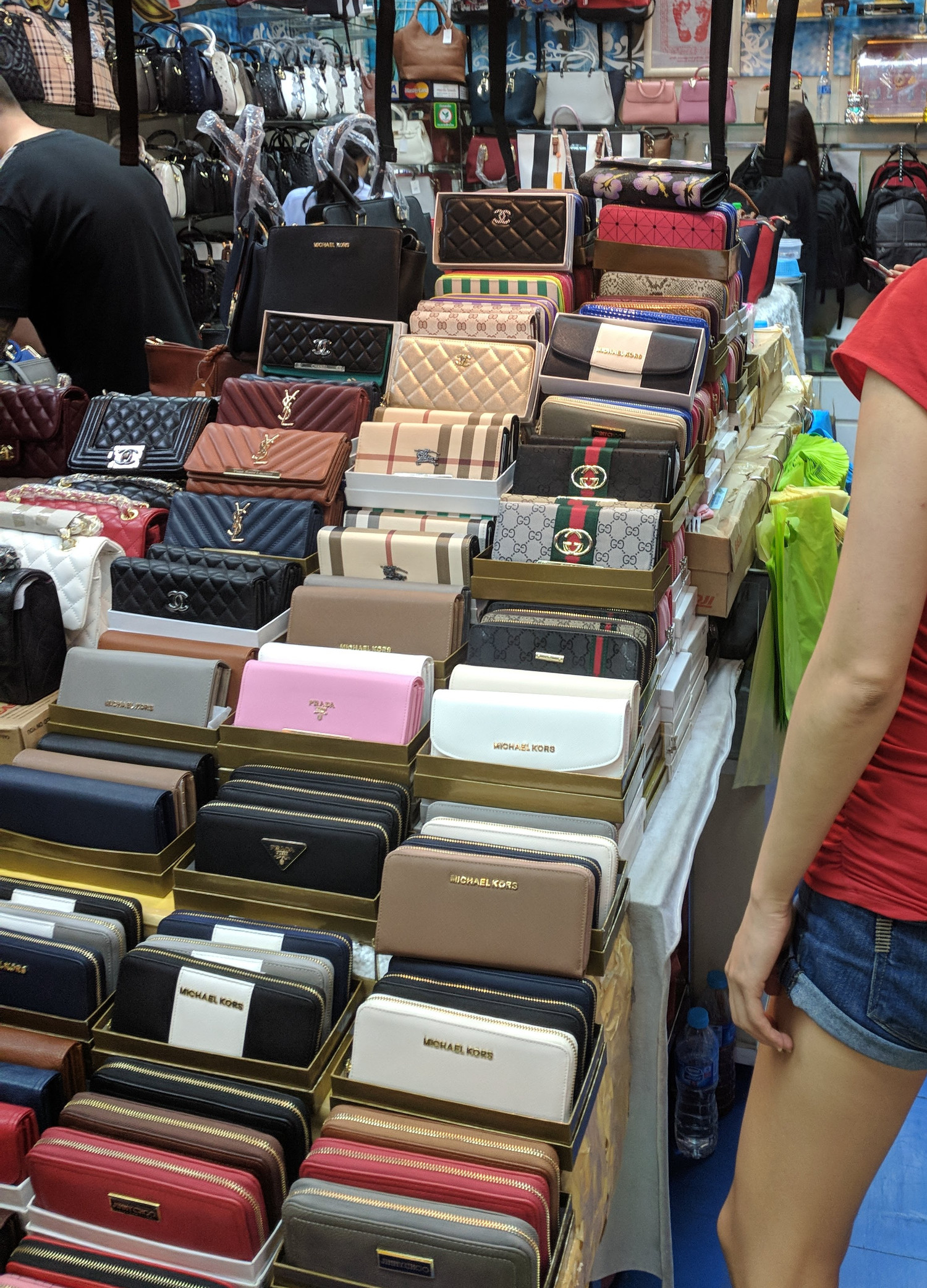 These bags were located in a 7-story mall. Not all of the stalls were fake goods. Some were local artisan goods. Others were cheap, touristy knick knacks. There were a ton of elephant pants. :) But, there were also a fair number of fakes, including accessories, makeup, shoes, clothing and so much more. 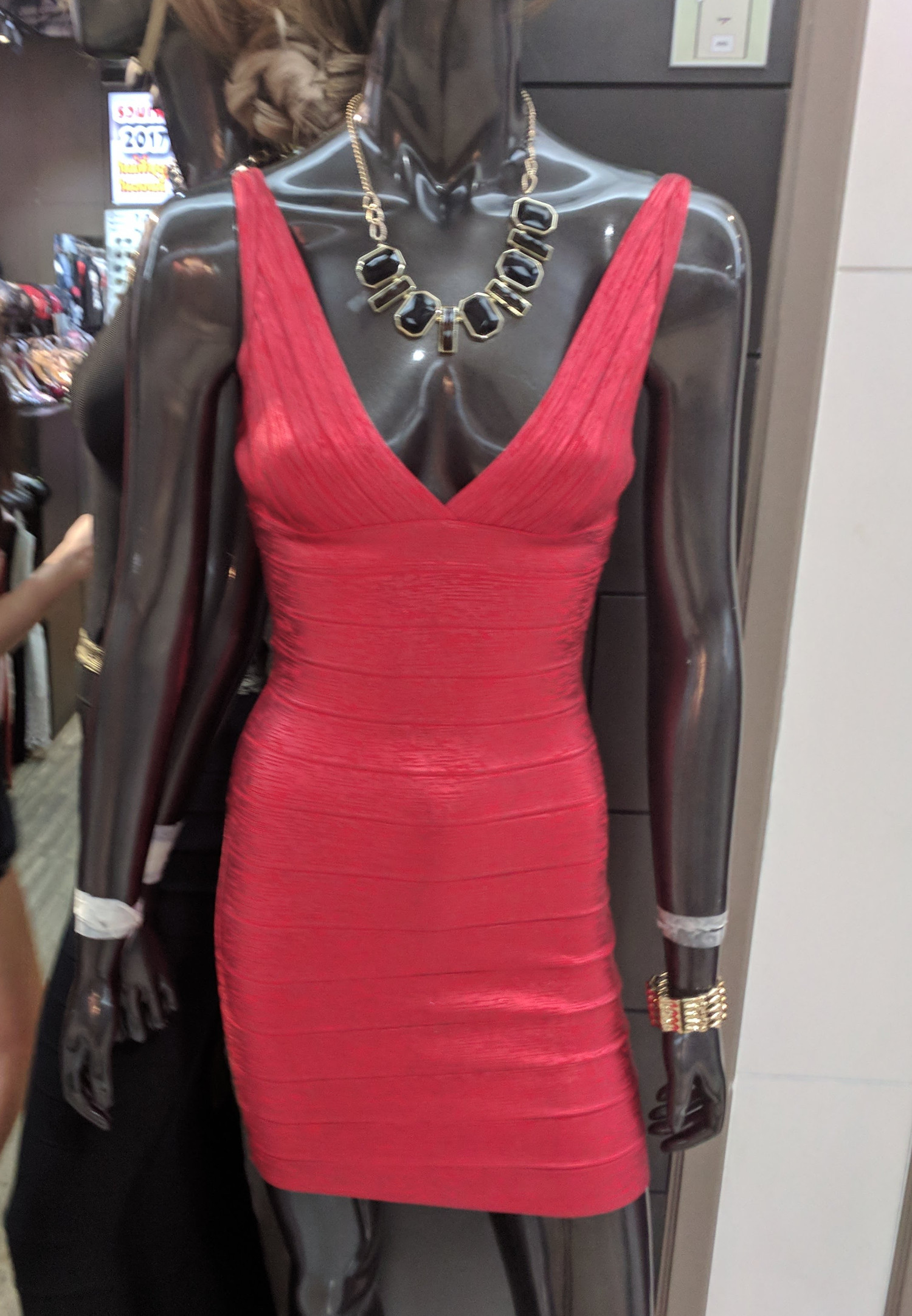 Eh... what's this? Counterfeit Herve Leger! This stall had a HUGE row of them, but one of the merchants was following us so closely that we weren't able to get a shot of that. :/ 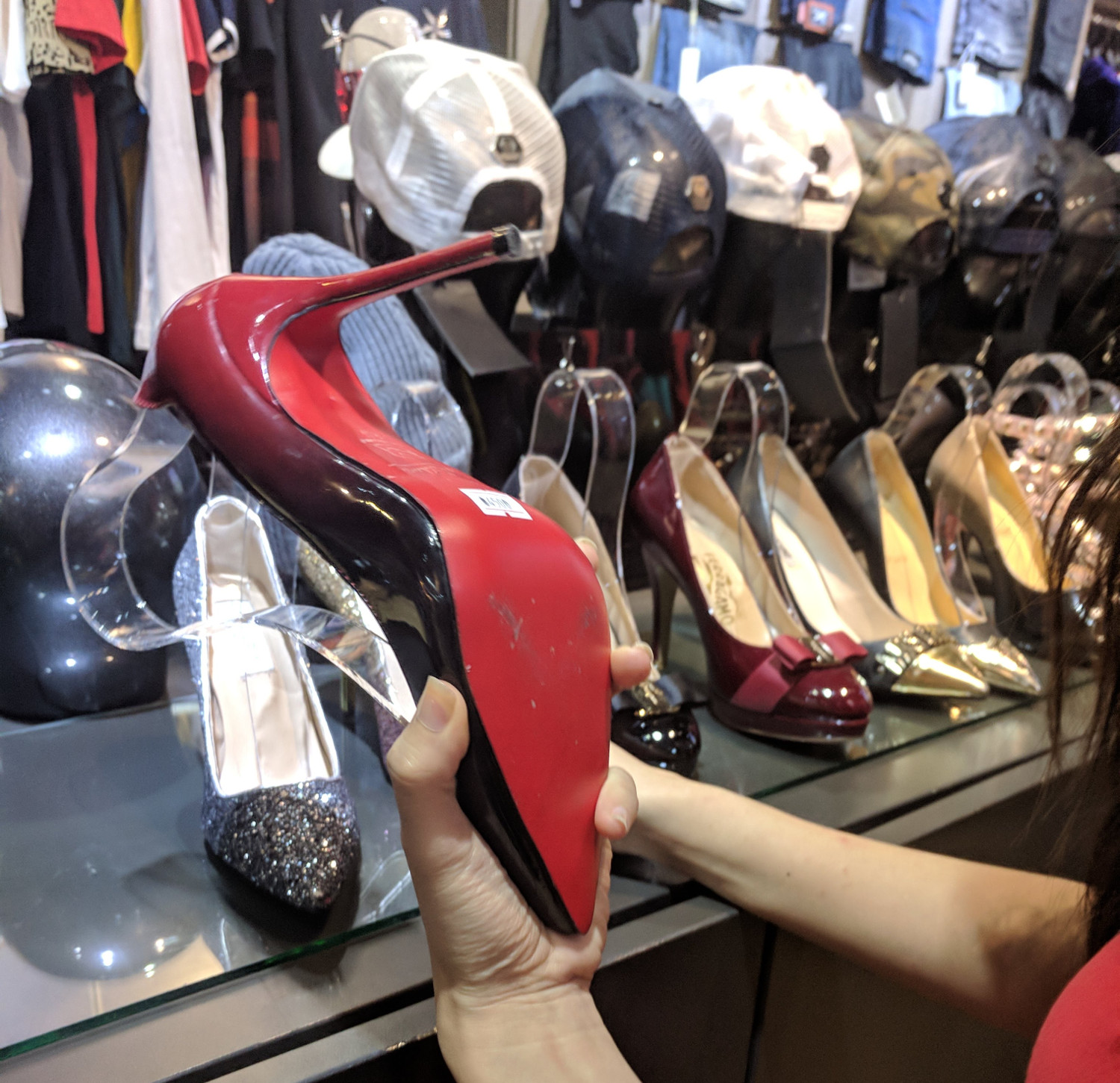 And, of course, fake Christian Louboutin heels. There was Jimmy Choo, Ferragamo... the list goes on and on. 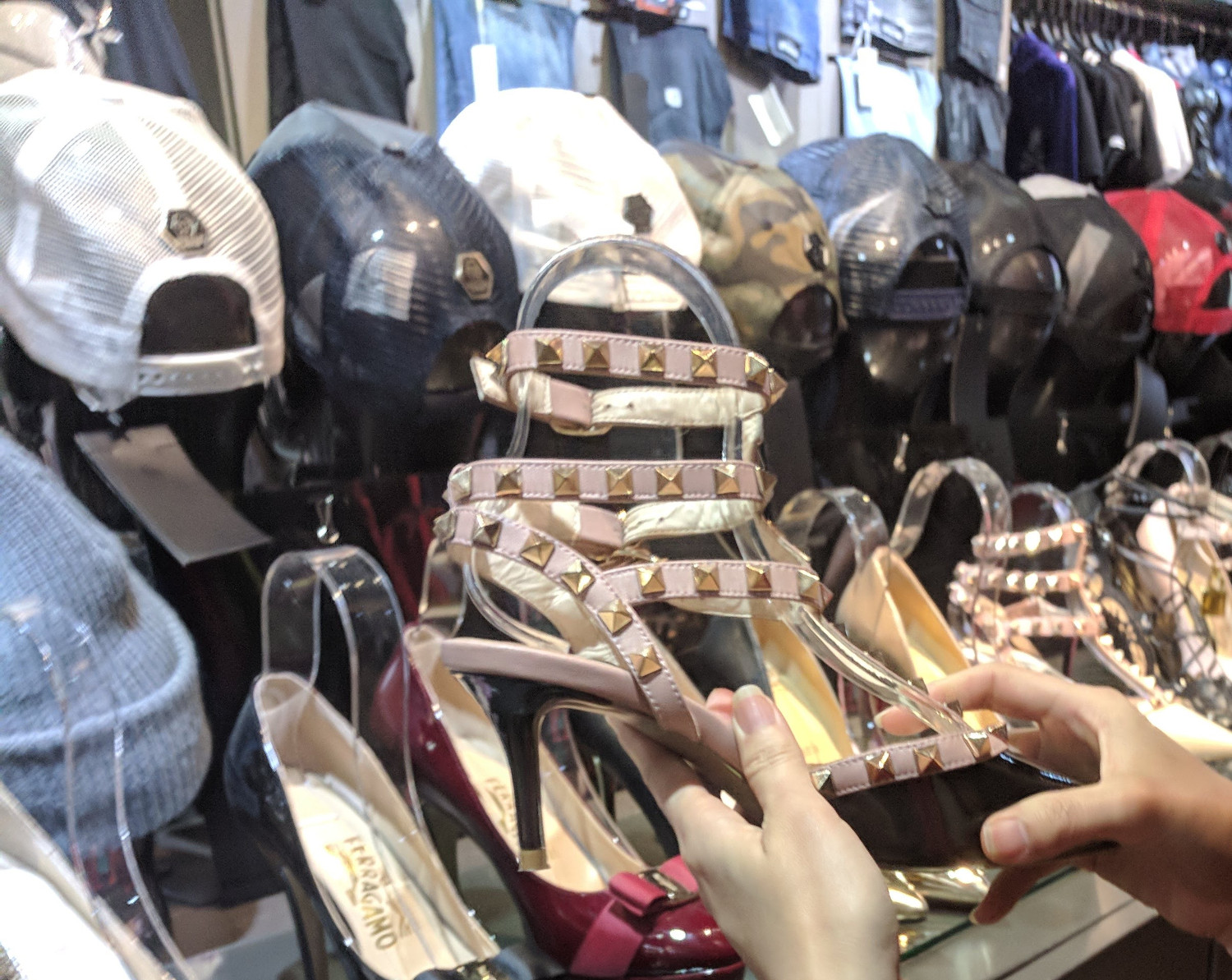 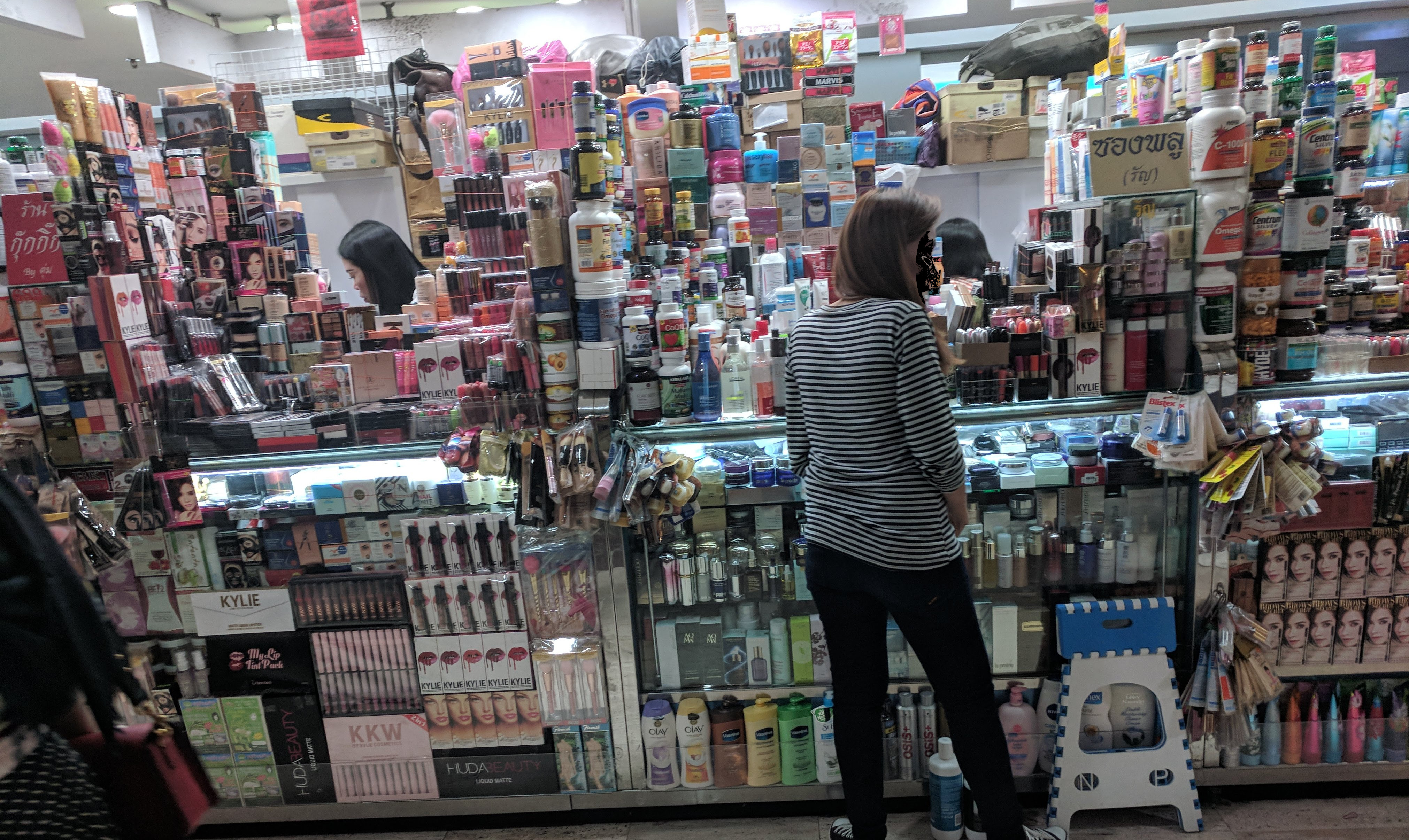 This final picture illustrates the worst counterfeits in the market. See the freaking vitamins and Oil of Olay lotion? That's absolutely dangerous.

Thank you for joining us on this little trip. Hope you found this fascinating.

Quiz: Fake and Authentic Side by Side

Recent Comments
Louis Vuitton Damier Neverfull MM N51105 Shopping...Hi, Yes, comes with Louis Vuitton dust bag. Thanks!
Louis Vuitton Damier Neverfull MM N51105 Shopping...Hello, Does this come with a dustbag?
Coronavirus and PrecautionsHoping safety and health for everyone! Thanks for this post.
Listings Temporarily Suspended Due to Payments...Is there a way anywhere to look for specific dresses? I'm in search of Herve Leger Aaric in M or S and haven't been...
New with tags Herve Leger Alana red fit-and-flare...I don't have the Jadelyn
Ending Soon