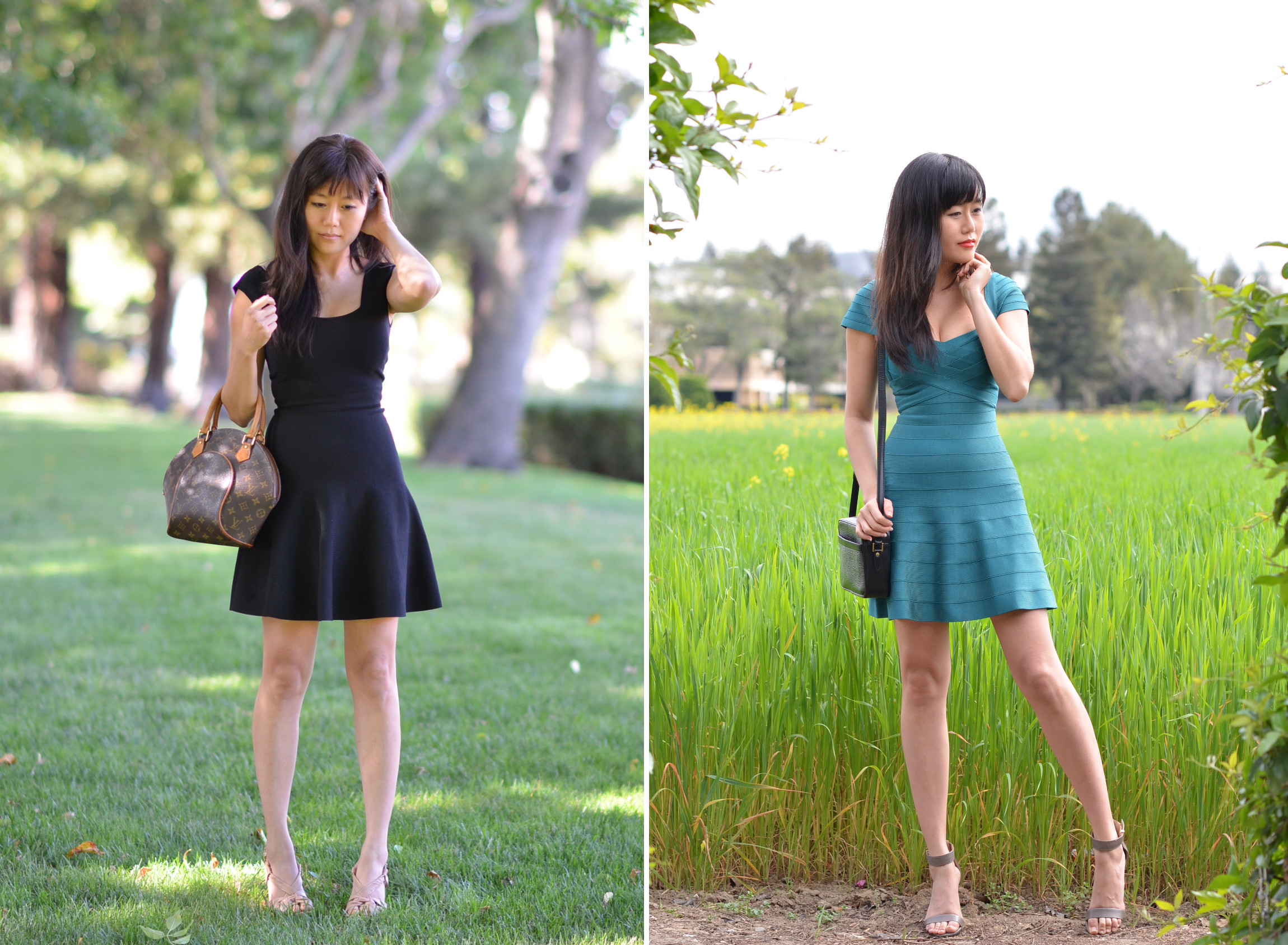 I wore a shaper with the BCBG power dress. I really dislike body smoothers, but this dress did not look nearly as good without it. This Herve Leger dress on the other hand provided more shaping and sculpting even without any undergarments to assist. The waistline is smaller and more sculpted and the bust area also got quite a bit of a lift. 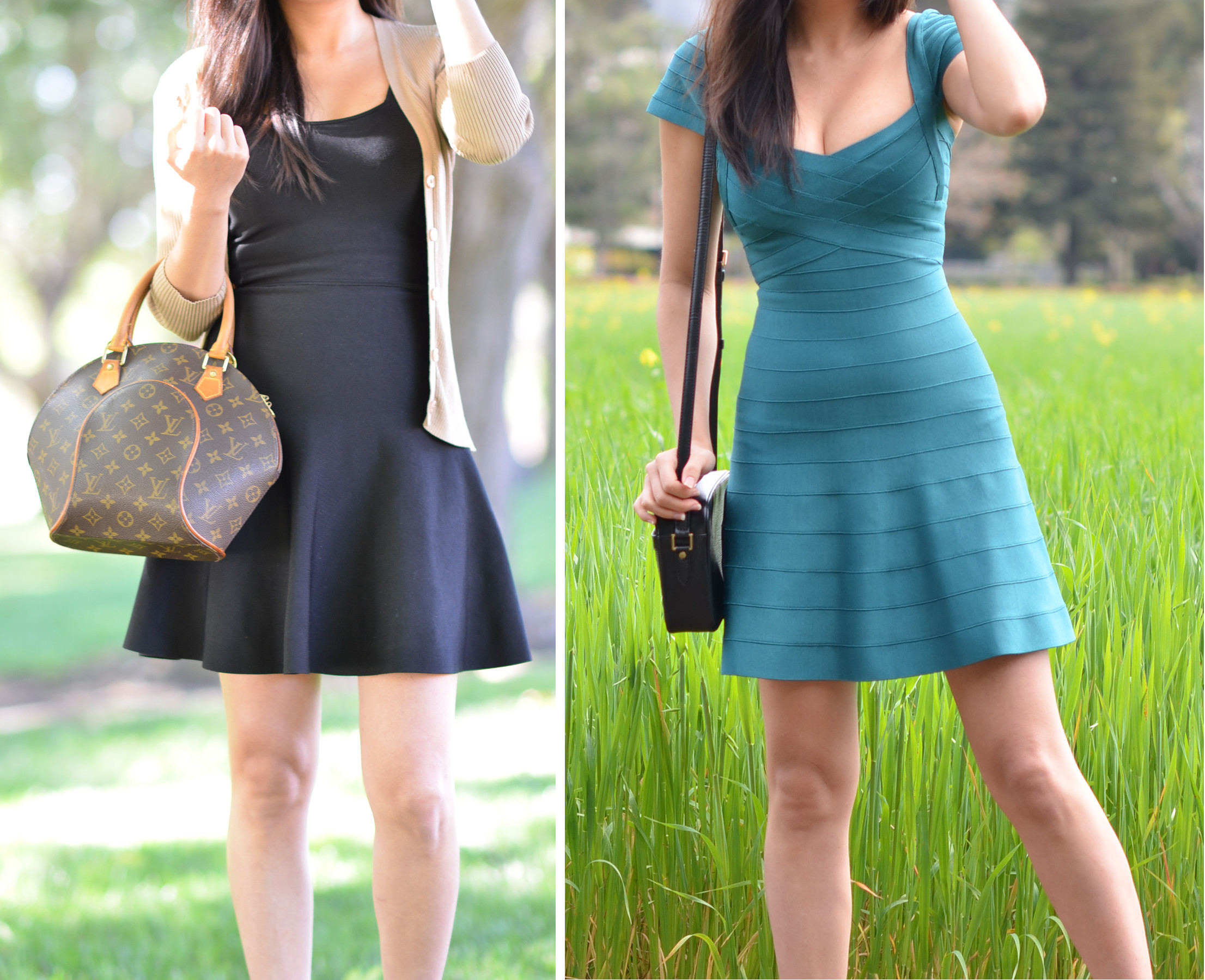 But, BCBG is still not nearly as flattering as Herve Leger. The fabric tends to be thinner, and not banded in any way. Here are some examples of BCBG power clothing if you're interested: sleeveless jacquard, BCBG power skirt, and peplum dress.

In Herve Leger, I usually purchase dresses in all colors. But, for BCBG power clothing where the hold is not as firm, I highly recommend choosing dark colors over light colors and to especially avoid white. The lighter colors don't do much to disguise little bulges here and there. :P

I personally think that Herve Leger is worth the extra money, ESPECIALLY when many of them are around $300-$400 during resale. Herve Leger dresses are so incredibly flattering compared to other dresses and never fail to turn heads. What do you think?