Just because you're rich and famous, and have personal stylists at your fingertips, doesn't mean that you have great taste. Very recently, the sometimes outrageous Kim Kardashian was spotted with a finger-painted Hermes bag. The bag was from her husband, Kanye West, and the artwork was by her 1-year-old daughter, North West. 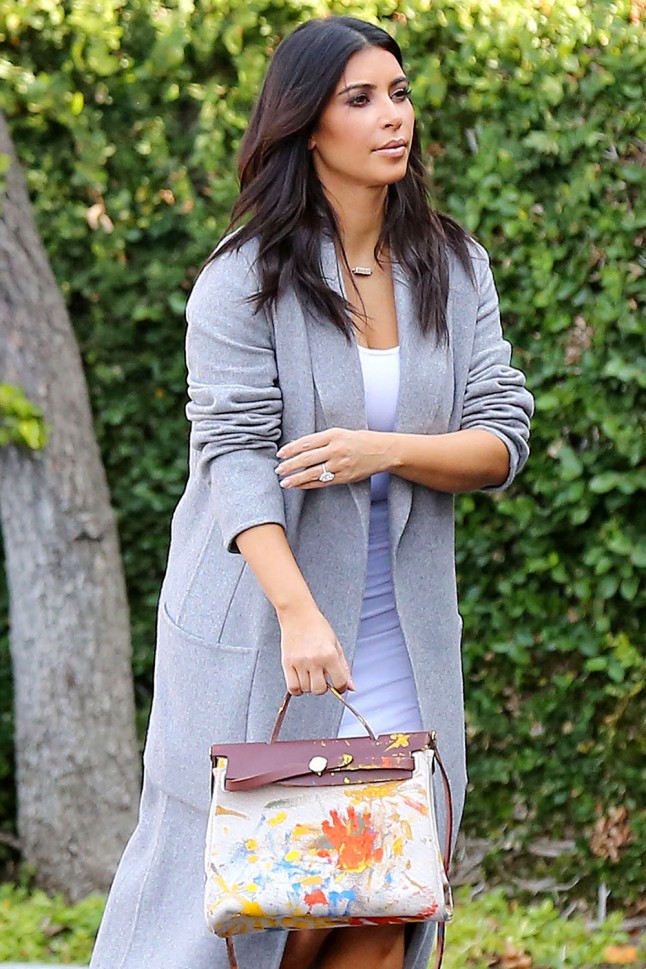 Though the bag is not the infamous Birkin, the much less expensive painted Herbag still retails a few thousand dollars, and it's still Hermes!

All over the web, sites are talking about her bag. Luxury handbag + children's art just don't seem to mix!

Who knows if this painted Hermes bag is truly KK's new favorite bag, or if it's just a publicity stunt. My guess is that she has managed to bring the press and media to their knees yet again, all at the cost of a few thousand bucks and a few tweets. Actually pretty genius. 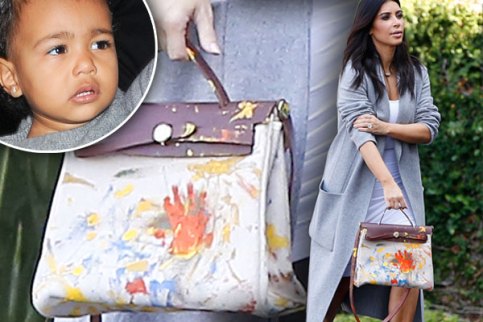 Lots of celebrity sites are complimenting baby North West's work. While it's certainly not bad for a 1-year-old and even demonstrates an oddly pleasing color balance, the bag looks hideous as a result. What do you think?

This isn't all though. Apparently, having costly and luxurious Hermes bags that have been heavily painted on or written on is NOT a new thing! 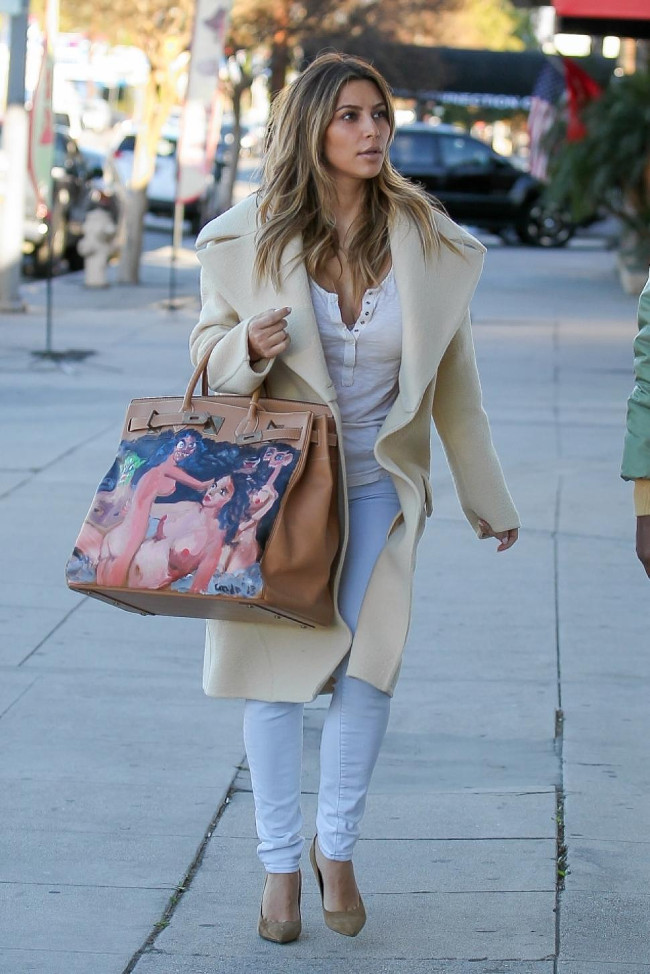 For Christmas in 2013, Kanye gifted an older Hermes HAC (Haute a Courroies) that was painted by artist George Condo. This bag retails around $10,000, but may have cost Kanye a bit less as the bag was most likely resale. The art however had to have been considerably more, unless George Condo is friends with Kanye. 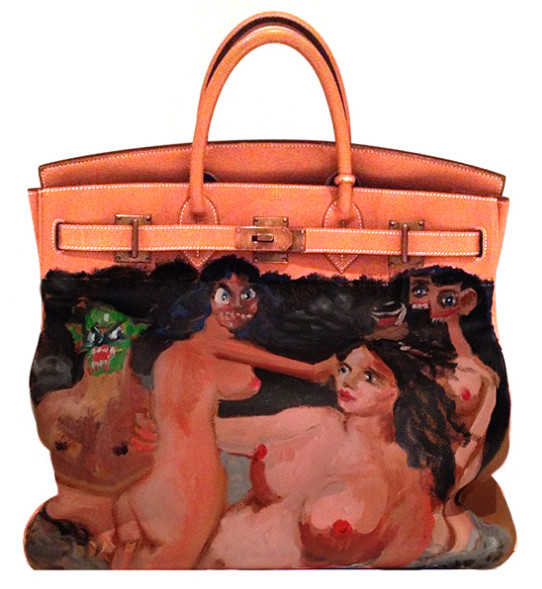 Kim Kardashian was not the first to start doing this with super expensive Hermes bags, and she's not the only one who has committed this fashion statement (or perhaps, it's a crime). 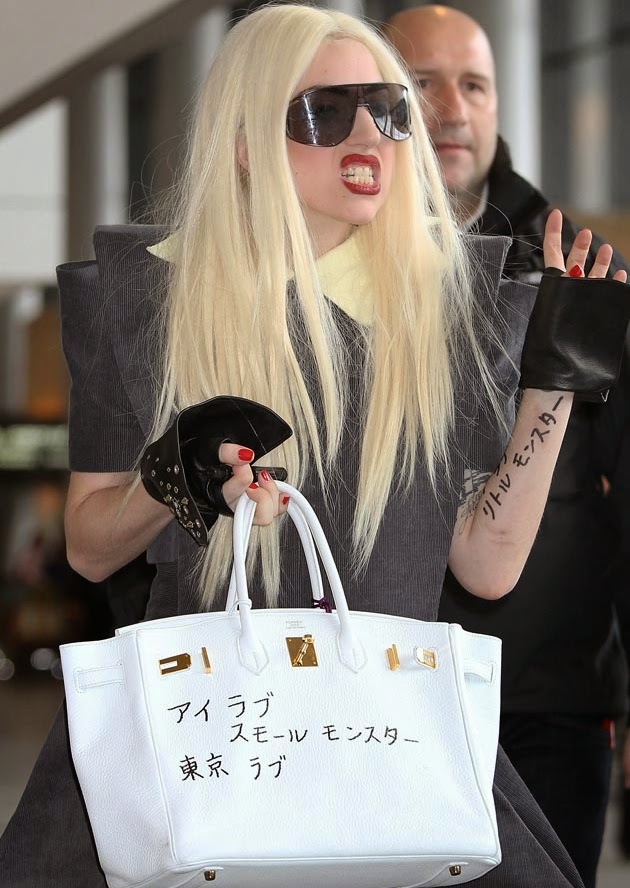 I believe it was Lady Gaga, who is also an excellent self-promoter, that came up with it first. Here she is with a GORGEOUS white Hermes Birkin with gold-plated hardware. A message to her Japanese fans is written on it with Sharpie permanent marker. I secretly wish that it was a washable marker. :P 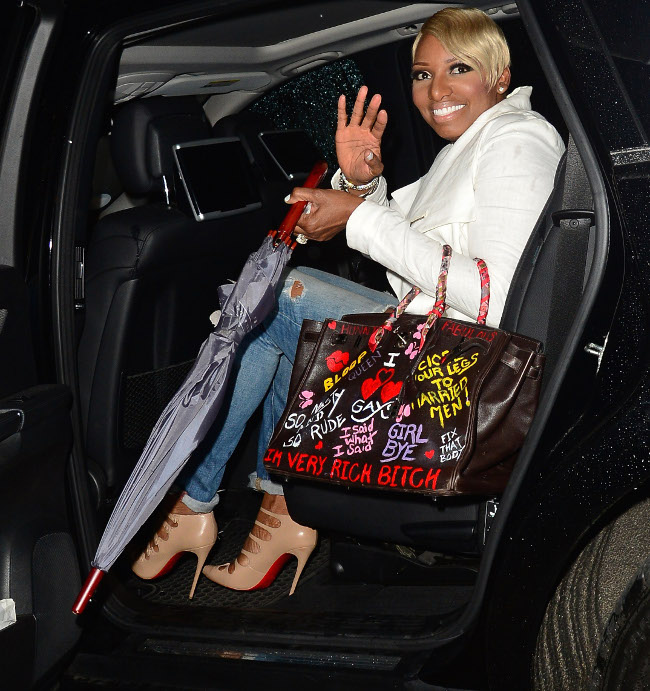 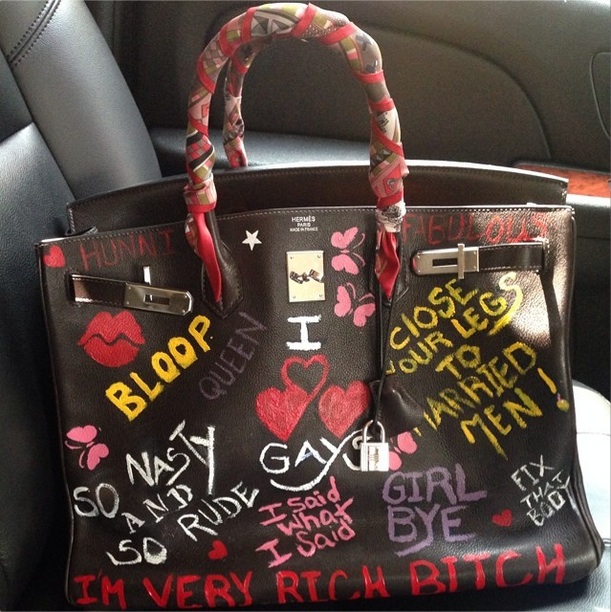 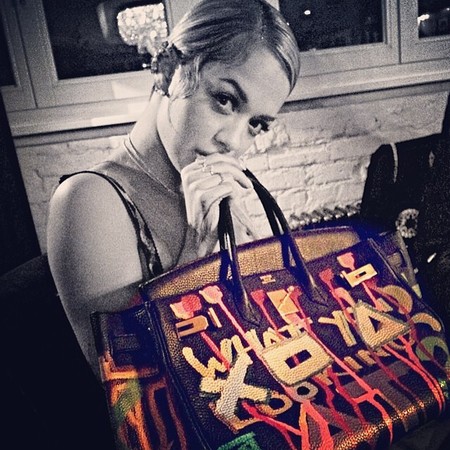 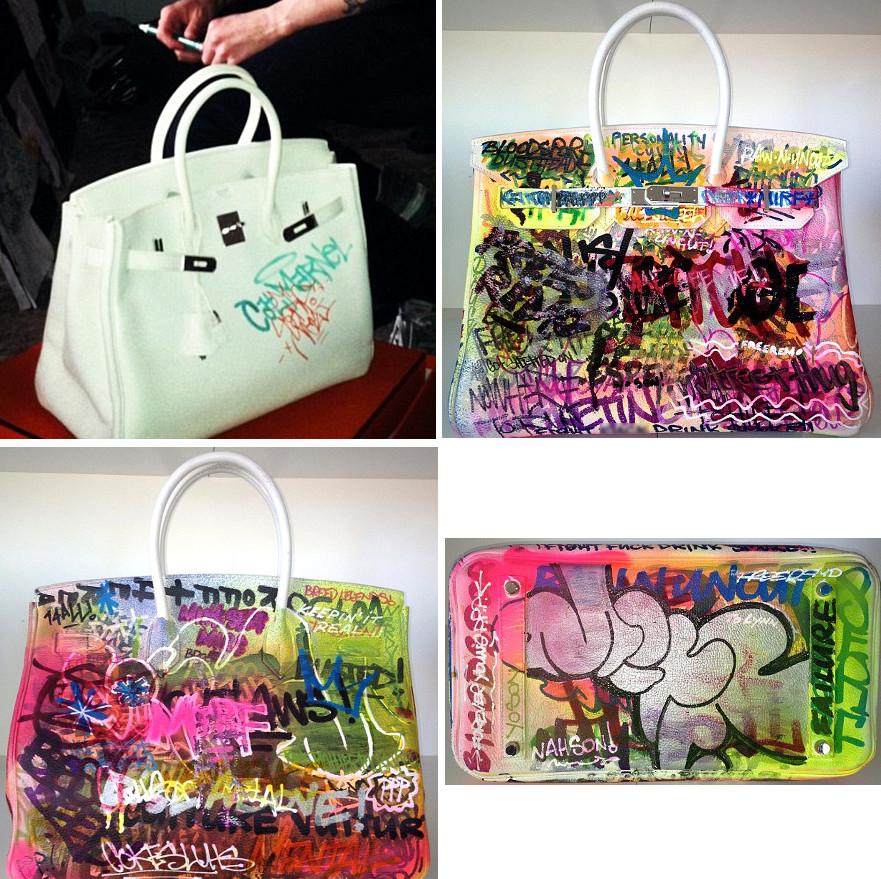 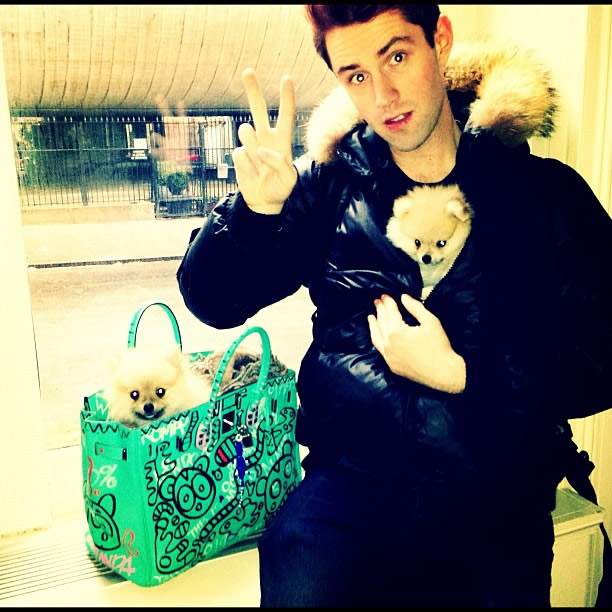 Hope you found this as fascinating as I did. Credits and thanks to Mariloupop for sending me an email with a picture of Kim's painted Hermes Herbag!

What do you think of these bags? I'd love to know.

15 Outfits with the Hermes Kelly Bag