Innovative ideas and strong direction have always been two key pieces needed to make it in the fashion industry. Lucky for us Alexander McQueen had both characteristics (and lots of ‘em) at an early age. 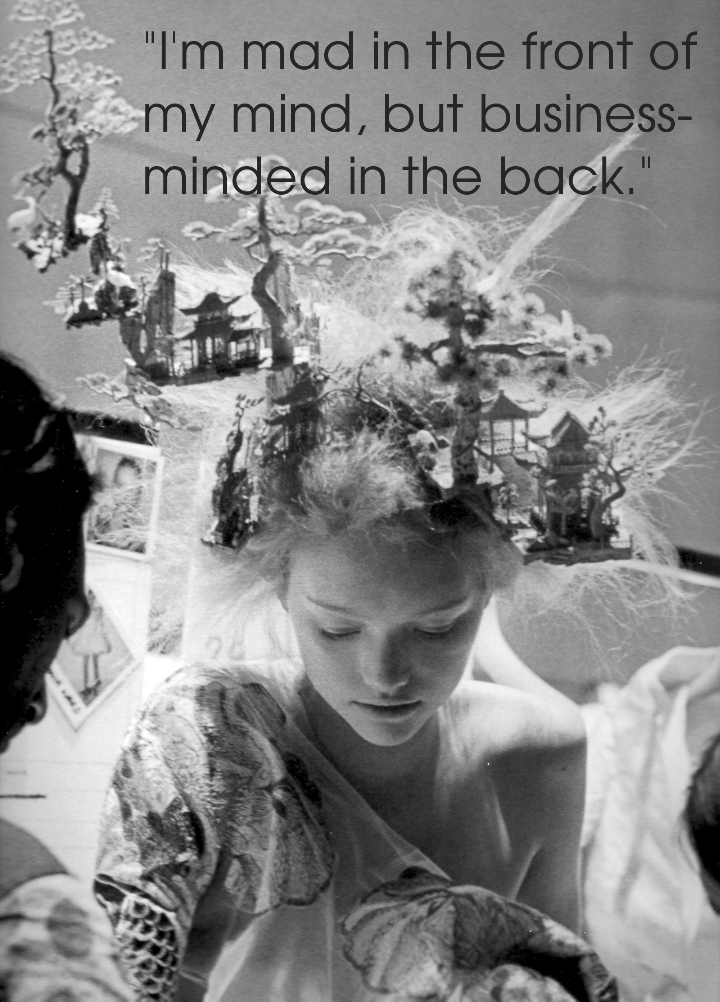 McQueen was born on the East End of London in 1969. The youngest of six children, McQueen began making dresses for his three older sisters at very young age. Not soon after, he publicly announced (only to his friends and family, of course) his intentions of becoming a fashion designer. Most of us changed our dream career at least five times between middle and high school but not McQueen – from very early on, he was determined to become a designer. That passion and determination prompted him to drop out of school at the age of sixteen and explore the world of fashion. His first break into the industry was with an apprenticeship on Savile Row with Gieves & Hawkes. 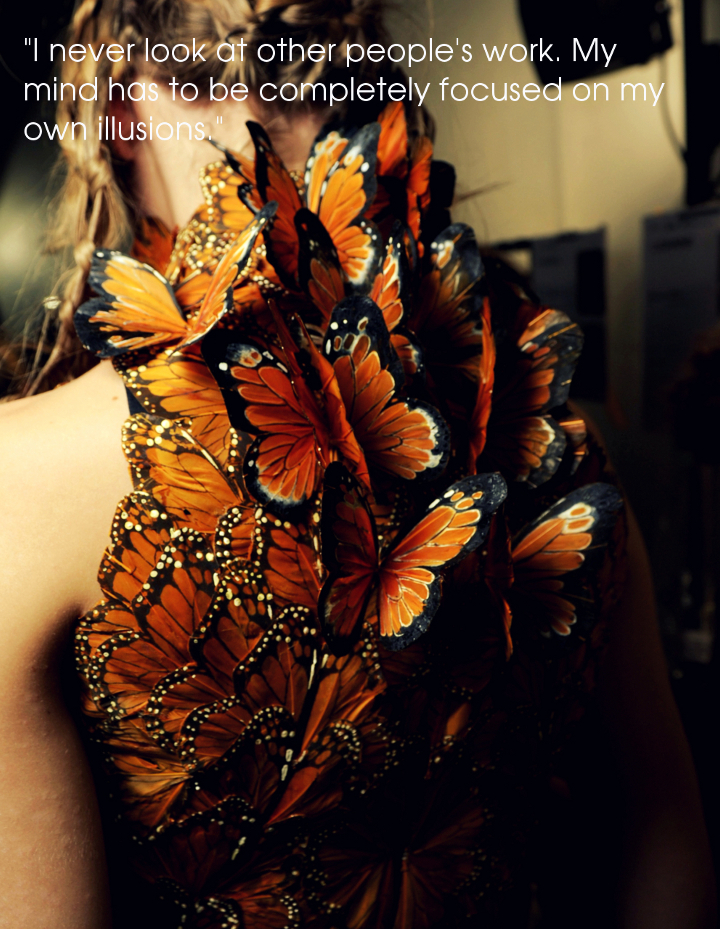 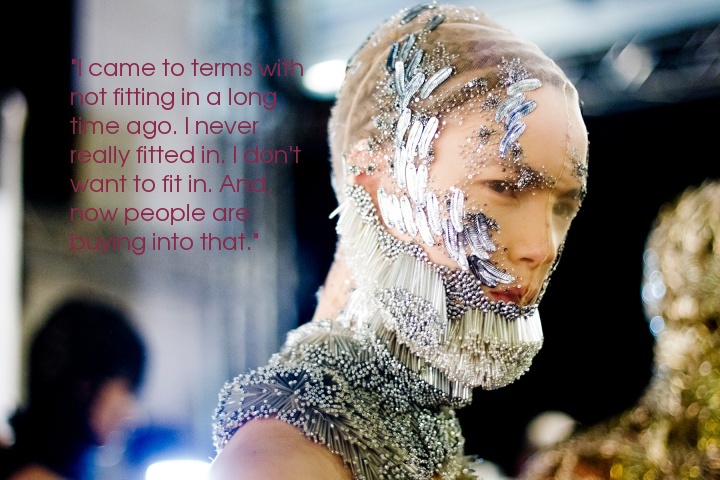 There, he mastered his skills, tailoring and embroidering for the rich and famous. Even a few princes! McQueen later decided to take his skills elsewhere and landed a job working with Romeo Gigli in Milan, Italy. However, McQueen still had more to learn. McQueen later returned to London and enrolled at Central Saint Martins College of Art and Design where he gained his master’s degree in fashion. Upon his graduation, his entire collection was purchased by influential designer Isabella Blow. If all that wasn't glamorous enough, McQueen was appointed at Givenchy as John Galliano’s successor in 1996! Although it caused tons of controversy, McQueen dove headfirst into the position. His first collection wasn’t too successful but his shows that followed were filled to the brim with controversy – an amputee model, robot guns, and a naked model wearing a gas mask were just some of the features at his shows. Nevertheless, he continued working at Givenchy until 2001, when he decided that the company was holding him back creatively. 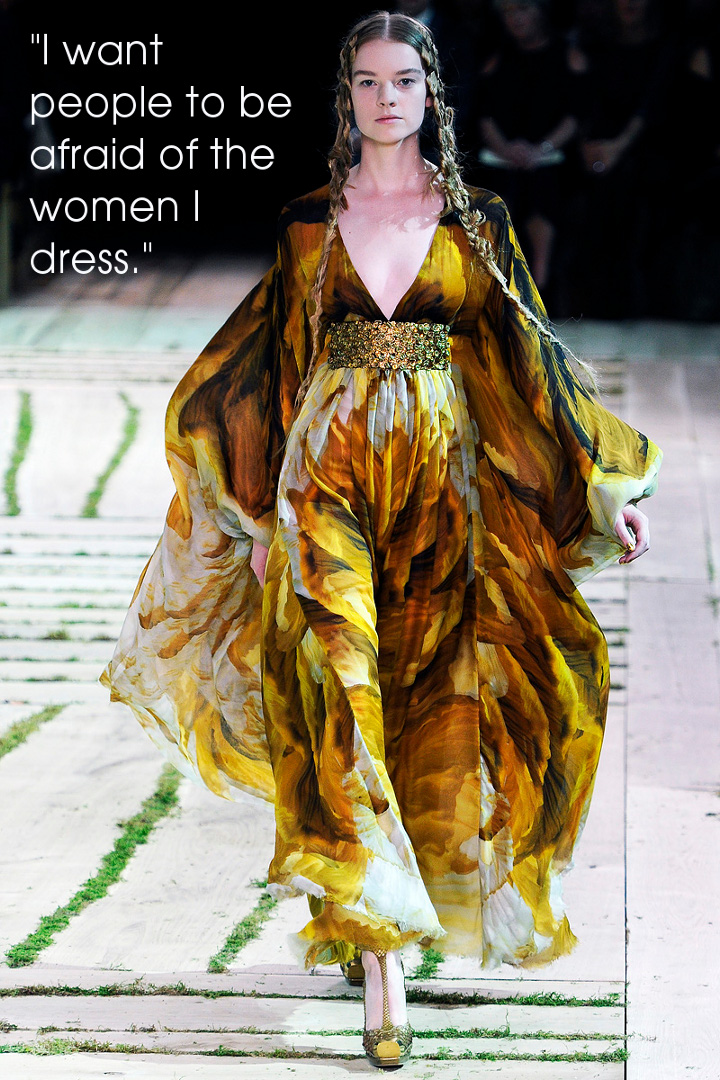 From then on, McQueen’s brand only grew more, opening stores all over the country and in London as well. Celebrities strutted down runways and danced in music videos with his colorful creations, further promoting his brand. Just at the peak of his fashion reign, tragedy struck. After his mother passed in 2010, McQueen himself committed suicide only days later. His memorial was attended by numerous public figures included Naomi Campbell and Sarah Jessica Parker while fans around the world gave tribute to this amazing icon. 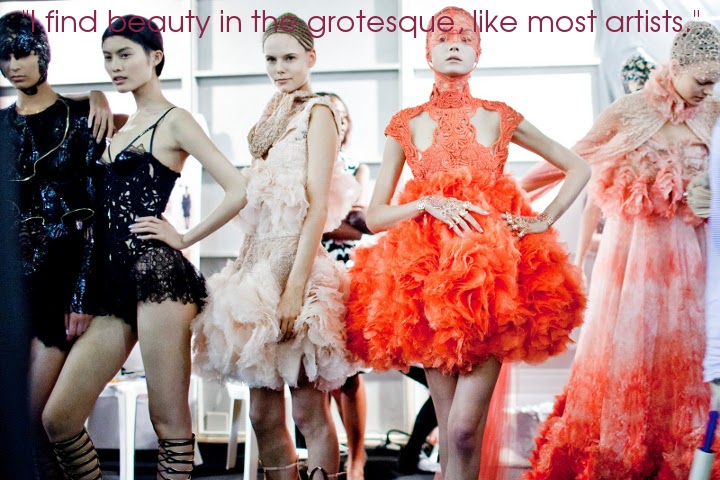 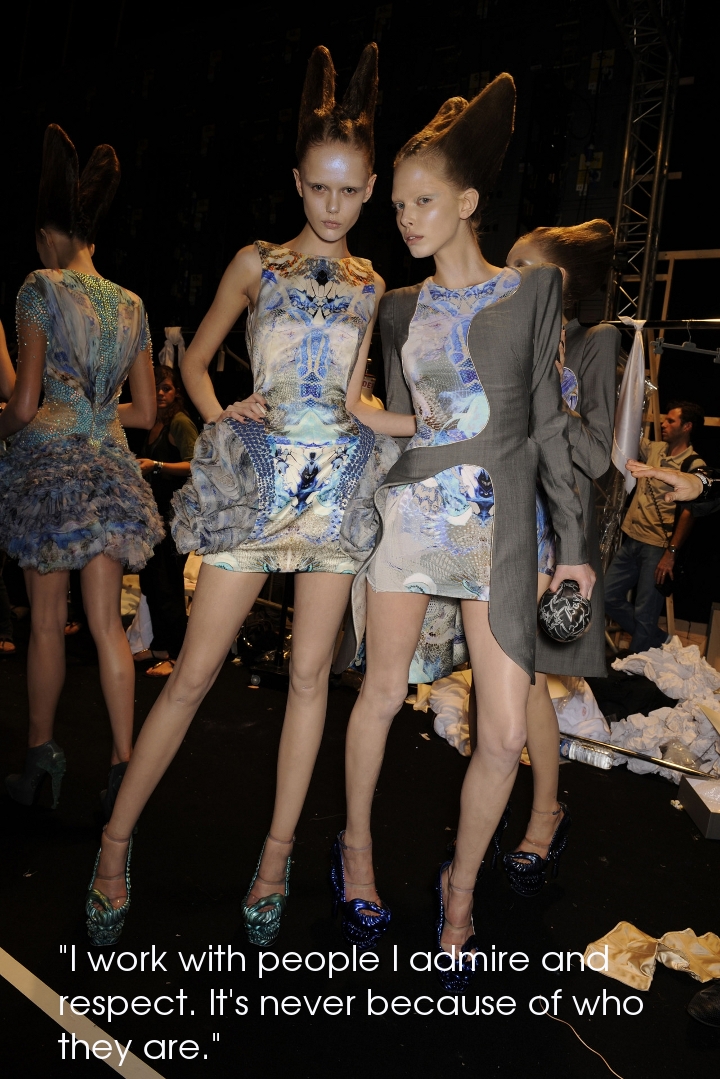 While we may wish that McQueen were still here to offer more of his sarcastic wit and amazing designs, we’ve got to say that the legacy he’s left behind has forever influenced the fashion industry. It just goes to show how determination, passion, and a little bit of controversy can go far. 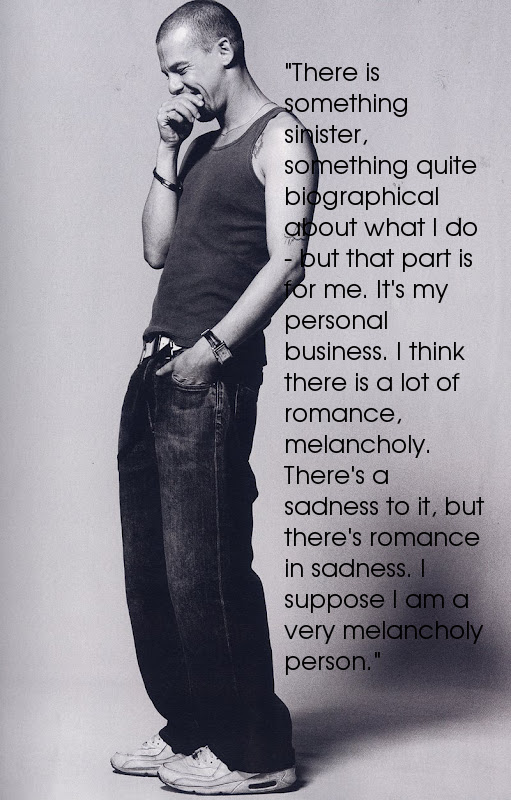 And, to shop this marvelous brand's creations, be sure to check out these authentic Alexander McQueen items on sale here.

Lollipuff Launching New Brand: What Do YOU Want?

Recent Comments
Listings Temporarily Suspended Due to Payments...Hi curlyallisons, We are currently working on Lollipuff's new and improved site. With a heavy heart, the marketplace...
Listings Temporarily Suspended Due to Payments...Still can’t list? Of all the times to get so chubby I decide to sell all my Herve Leger 😫. Maybe I’ll just have to...
How to Refurbish a Louis Vuitton...Vernis leather is closer to patent leather. This might help you: https://www.lollipuff.com/blog/322/how-to-care-for-pate...
How to Refurbish a Louis Vuitton...I really need help. there are some black spots underneath my LV vernis. I have never cleaned my LV bag and hesitant... (1 image)
NWOT Herve Leger Noemi IMPERFECT white bandage...Got it. Thank you so much.
Ending Soon