The Interesting Life of Coco Chanel

The little black dress, the quilted purse, and the two-tone pumps. What would we do without the pioneering efforts of Coco Chanel? Her influence on the fashion industry has been immeasurable and now it’s impossible to imagine what we ever would have done without her! Let’s take a quick look at the life of this fantastic designer, to whom we thank for our cocktail dresses and favorite bags. 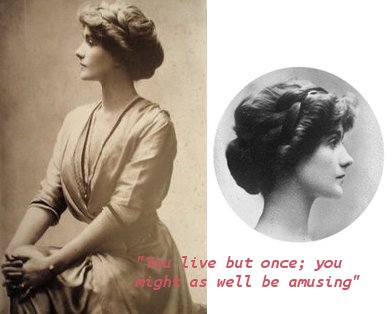 Young Gabrielle Chanel (aka Coco) in 1907, interestingly enough in a corset which she later denounced.

On August 19, 1883, this fashion icon was born as Gabrielle Chanel in Saumur, France. Unfortunately, her early life was far from spectacular. After her mother passed away, Chanel’s father put her in an orphanage at the age of twelve. A majority of her time was spent learning how to sew, a skill that made a lasting impact on her future. (That’s no surprise, right? We all know how this story ends!) 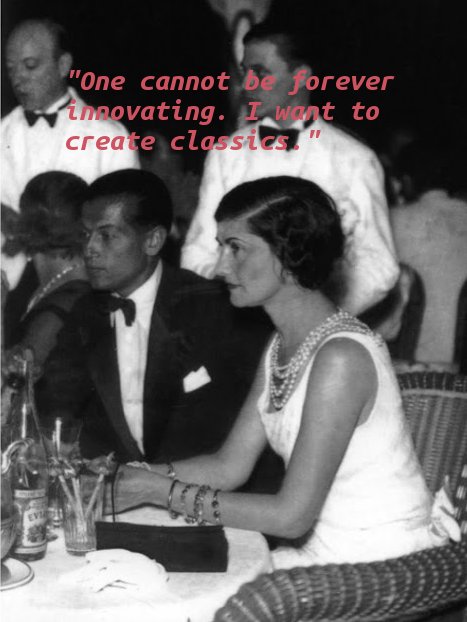 Surprising, fashion was not always on Chanel’s mind. In the late 1890s and early during the 1900s, the young seamstress aspired to have a stage career. When she wasn’t working, Chanel frequently sang in a cabaret at "La Rotonde," a café in Moulins. At that time, the café was always occupied by officers, from whom Chanel received the name “Coco.” Deriving from the French word meaning mistress, receiving her nickname was only the first of many scandalous moments in her life. As unusual as it may seem, she didn’t mind being a mistress at all. In fact, she relished it, had many lovers and never married. That was just the way Chanel was: different, individualistic, rebellious, and of course, fabulous. She even lied about her age to hide her humble beginnings. Since the start, Chanel was a great inventor (maybe that’s why her designs were so amazingly modern for their time!). 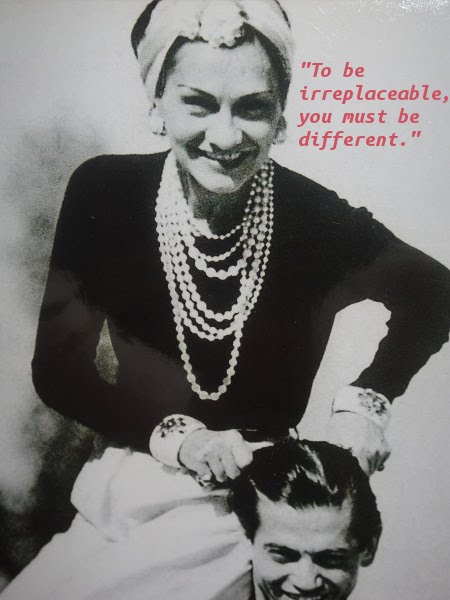 It was actually at that café in Moulins that Chanel met her first patron, Étienne Balsan. At the young age of twenty-three, Chanel became Balsan’s mistress, spent three years living with him in his chateau, and was showered with luxurious gifts. Aside from living the “rich life,” Balsan helped Chanel begin her business as a milliner (aka a hat maker). As promising as this relationship might have been, Chanel had other plans in mind – like Balsan’s wealthier friend, Edward Arthur “Boy” Capel. Who would’ve known that the creator of the LBD was such a catch? Little did she know, Capel would become the love of her life. 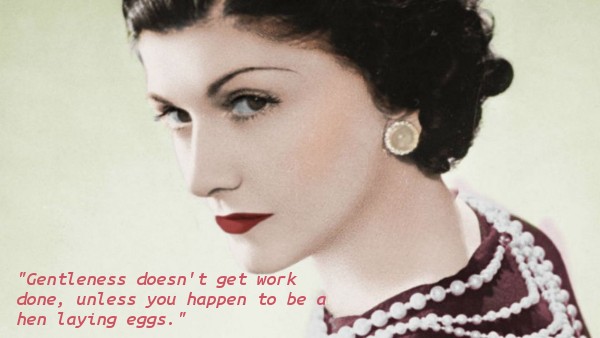 In 1920, Chanel opened her first store in Paris’ Rue Cambon where she began selling her hats. Later on, she added stores in Deauville and Biarritz. That’s where the magic started: with the expansion into more stores, came her venture into clothing. When you look at the fashion career of Chanel, it’s important to understand the time that she lived in. In a time corsets and long hemlines, she decided to rebel from the norm and make drastic changes that would affect the fashion industry forever. Although it may not seem like a big deal, short hemlines, shoulder straps on bags, and dresses in black were extremely risque. 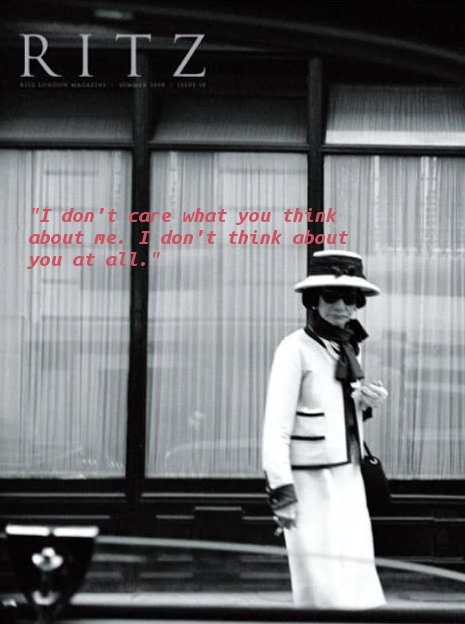 One cold day, she had decided to take up her own DIY project, creating a dress out of an old jersey. Everyone gave her compliments and began asking her where she got her outfit. Thinking like a true business woman, Chanel began offering to make some for her admirers. The rest is history! From there, Chanel’s success was taken to new heights. In the ‘20s, she launched her first (and probably most famous) perfume, Chanel No. 5. She introduced the legendary Chanel suit with a collarless jacket in 1925. Her androgynous touches and comfortable, yet stylish designs were revolutionary for those times! 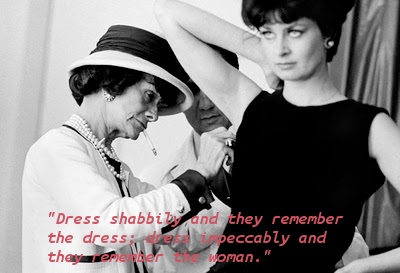 One design that we just can’t overlook is the little black dress. For decades, black was only associated with mourning and despair. In 1925, Chanel put an end to that. Instead of being a symbol for sorrow, she showed the world how chic it could be! Many trends have come and gone since then, but the LBD will forever be a fashion staple, thanks to Coco.

Another one of our favorites? The quilted lambskin Chanel bag. Quite possibly the most coveted Chanel item of all time. (The large classic flap bag sells for around $5,300 U.S. dollars!) Available in both silver and gold metal, this iconic bag was inspired by the straps found on soldiers’ bags and was introduced to the market in 1929. Many bags have been created under Chanel since then but this one will always remain a classic. 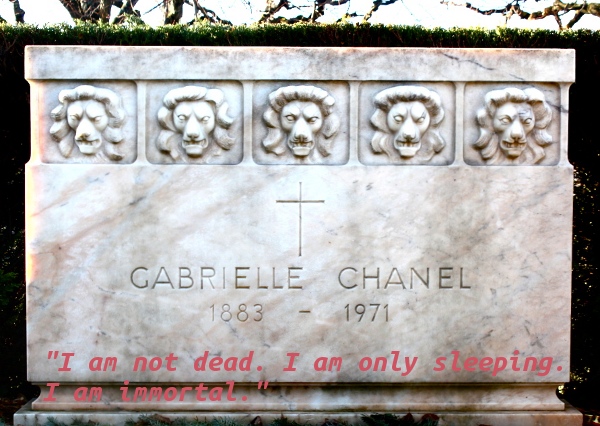 Chanel’s life from that point on was filled with scandal, romance, controversy, rivalries and, of course, fashion. Until her last days, Chanel never stopped working & at the age of 87, was still innovating & creating new designs. Her originals remain legendary to this day as her company continues to thrive. Although we love Karl Lagerfeld for all of the work he’s done with Chanel since her passing, there’s only one Coco.

Some beautiful productions from Chanel about Coco Chanel:

Liked this? Then, read about the father of bandage dresses, Herve Peugnet.

Recent Comments
How to Authenticate Hermes Constance H...Hello, if a Hermès Constance belt has square with a B stamp, but stamp is not gold, it’s just stamped Hermès made in...
NWOT Herve Leger Teal imperfect one shoulder...However, I can reduce the price for this dress because of it's condition. I just reviewed my listing, description and...
NWOT Herve Leger Teal imperfect one shoulder...if you buy more than one dress at a time, I offer my customers 15% discount and combined shipping. Otherwise, prices...
NWOT Herve Leger Teal imperfect one shoulder...Is there a discount for returning buyers? Also looking at 2 maybe 3 of your dresses this time...
Listings Temporarily Suspended Due to Payments...PayPal is still being used, but we will need to provide manual instructions....
Ending Soon