Many people resort to buying counterfeits because of the high price of authentic designer items. But, there are several reasons why you shouldn’t. Other than ethical reasons, I’m here to show you some of the physical differences of authentic vs. fake. Also, authentic items can be bought secondhand (like on Lollipuff) at great discounts!

By the way, I don’t judge people who buy fakes. I can see why people do it, but I’m here to show you just how different a fake is compared to the authentic!

The counterfeit is on the left side. The authentic is on the right. Almost all counterfeit bags are not even made of real leather. To people who are familiar with Chanel, a fake is usually very apparent, particularly when the item is in person.

Fakes exhibit a lot of shortcuts including bad stitching, poor materials, and lack of attention to details.

Fakes aren’t always cheap either! The fake Chanel on the left still had over 5 days of bidding left on eBay when I took the pictures. At that time, it had 31 bids and was already $810!!! HORRIBLE!

A fake Chanel bag can be so poorly made, that you’re better off just buying a different brand. Here’s our pick for a cheaper alternative if you can’t bear to buy Chanel: 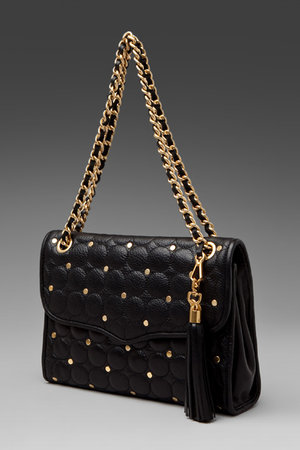 Rebecca Minkoff Affair bag  Rebecca Minkoff bags are not nearly as high quality as the top notch Chanel, but it most DEFINITELY is better in both look and quality than a counterfeit Chanel. 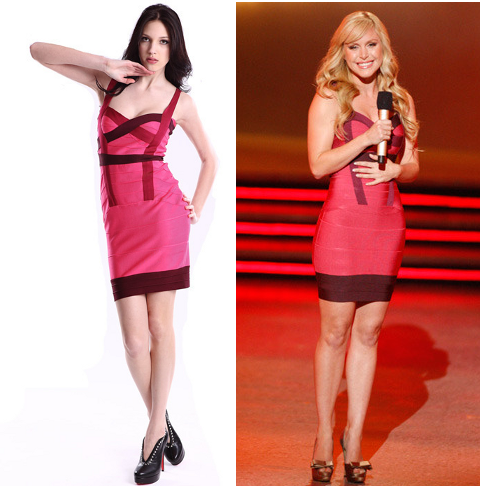 Herve Leger can be quite difficult to authenticate to the untrained eye as most Herve Leger is made mostly of a thick stretchy fabric. Dresses with embellishments such as beading and sequins are usually quite easy to authenticate, because once again counterfeiters really do cut corners. They use the cheapest materials and processes possible.

Fake Herve Leger fit really poorly compared to real Herve Leger even though a heavy thick fabric is usually used. They tend to lack the same type of elasticity that a real one has. The sewing oftentimes can be mis-aligned causing the dress to wrinkle, and little thought to proportions is given, lending to a poor fit. To people familiar with authentic Herve Leger, a fake is very apparent particularly in person. In just the the way that it lays against the body, it is drastically different.

eBay sellers that repeatedly sell counterfeit Herve Leger source these counterfeits for as low as $30 and usually sell them for $300 on eBay! Horrible and unethical! Don’t let them trick you out of your money!!

Real Herve Leger is meticulously made. Everything is always lined up perfectly. The fabric has a perfect balance of stiffness and elasticity to provide the ultimate body flattering fit! The detailing and workmanship is drastically better!

There’s really NO reason to buy a fake Herve Leger because of price. A fake can be bought from a multitude of online counterfeit stores for about $120. But, when bought secondhand, an authentic can be as low as $300, down from $1000! Save up! Would you rather get 3 mediocre fakes or 1 amazing Herve Leger with fantastic fit?

If $300 is too high, consider this alternative instead of a fake Herve Leger: 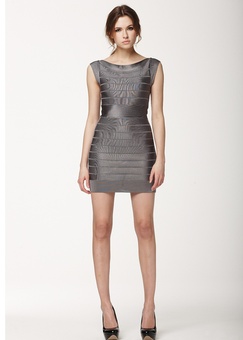 Once again, I’ve provided pictures of a fake (left) and an authentic (right) to show the extremely apparent quality differences. In person, these are even more obvious! Fakes oftentimes are made of cheap faux leather and plastic soles!

If the high price of a Louboutin is out of the question, consider other shoes such as: 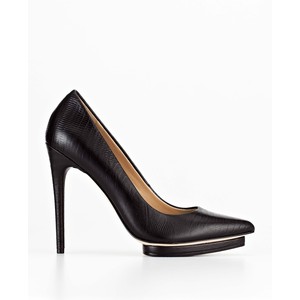 Aside from huge quality issues with counterfeits, you may also re-consider buying fakes for the following reasons: the majority of fake manufacturers use child labor in extremely poor working conditions , and hugely negatively impacts designer brands both by their profit and reputation.

Plus, authentic items usually have great resale prices. Whereas, counterfeits are illegal to buy and sell.

**photos of fake Chanel, Herve Leger, and Christian Louboutin were taken from eBay. Be careful when buying designer items secondhand. Fakes can be sold as much as authentic when bought from places like eBay and Bonanza.

Change is in the Air